A further R88 billion was allocated to Eskom to pay off its debt. Still no joy for SMMEs? 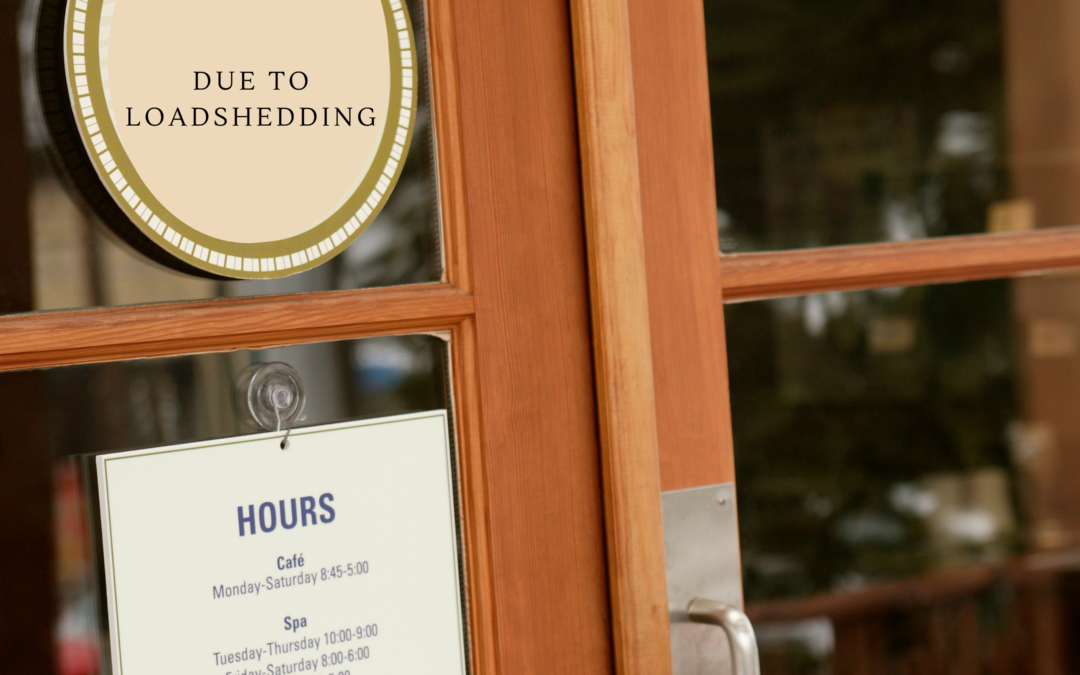 Finance Minister Enoch Godongwana has stated that Eskom’s debt problem requires “fiscal intervention” and there is a need for the state-owned entity to meet certain conditions [1]. Over the past decade, Eskom has accumulated a staggering debt of R392-billion, resulting in Eskom’s failure to maintain its aging coal-fired power stations and 14 years of load-shedding, thereby hindering South Africa’s economic growth rate [2]. For more than a decade, the South African government has spent time fixing Eskom instead of fixing the electricity supply problem.

To date, Eskom has been provided with R136-billion to pay off its debt with a further R88-billion until 2025/26. But what does this dependency syndrome mean for SMMEs? Are we going to continue singing the same chorus? This is not the first time the South African government comes to Eskom’s rescue, and it is likely not the last. And yet SMMEs continue to struggle to operate due to the problems at Eskom.

SMMEs are the backbone of the South African economy – they provide the majority of job opportunities and contribute significantly to the GDP. To resolve the current high rate of unemployment, decrease inequalities and alleviate poverty, there is a need to create a sustainable and supportive environment that supports the growth, development and sustainability of SMMEs. However, the uncertainty of Eskom’s electricity supply makes it difficult for businesses to operate effectively and efficiently.

While the allocation of R88 billion is a positive step in reducing the current Eskom debt, it does not necessarily mean that Eskom will change the way in which its operations are handled. If it is business as usual for Eskom, then we are bound to experience load shedding again. Most small business owners cannot afford to purchase generators to keep the lights on during rolling blackouts. For most SMMEs, two or three hours without electricity negatively impacts the operations of the business and thereby results in loss of revenue.

The “tough love” approach – as mentioned by the Finance Minister – can help ease the burden of load shedding. Once an entity stops relying on a bailout from the government, it tends to have improved operations and well-managed allocation of resources, which tends to enhance the reliability of the electricity supply. This is a clear indication that Eskom needs to take responsibility and take steps towards cost containment, sale of its assets, and implementing operational improvements to reduce some of the challenges which the entity is currently facing. Without these measures, there is a risk that Eskom will continue having rising overheads, budget overruns, corruption[3], and financing costs, further increasing its current debt. In turn, Eskom’s dependency syndrome will have a negative ripple effect on the growth, development, and sustainability of SMMEs.

In solving Eskom’s problems and promoting economic growth, some have promoted the notion that Eskom should be privatized. Will this work or not? Some believe that this will increase efficiency in the sector by introducing competition, while others think that this will increase the cost of electricity. How this will play out for SMMEs remains to be seen.