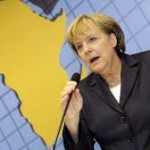 Even if it sounds politically incorrect: the German economy is dependent like no other on foreign trade. Therefore, the conclusion of the Doha round in the World Trade Organization should be welcomed, since it is of enormous importance for the German economy. Indeed, getting beyond the Indian blockade of the round in Bali late last year was a negotiation breakthrough. The round is mainly concerned with developing countries, in which dynamic economic development seems possible – a prospect currently difficult to imagine in Europe. This holds especially for African countries. Therefore, the Germans should have an interest in foreign trade in general and with Africa in particular.
Complementary to the developments in the Doha round, German development cooperation concentrates on economic partnership. Development cooperation has increasingly been considered as economic cooperation and less so as management of misery and mere distribution of aid billions in developing countries. This new form of development cooperation has positive effects on developing countries, but also on the German business community if it takes the chances that this policy has to offer. One can only hope that the newly elected grand coalition (Christian Democrats and Social Democrats) maintains this approach.
What do these trends mean for Africa and for German relations with the continent? Modern development cooperation with Africa attacks the causes of problems in the countries concerned. These are particularly institutional or governance problems in a broad sense, including corruption, the absence of clearly defined private property rights, a lack of legal certainty, weaknesses of management of financial authorities as well as poorly organized educational and health policy. Second, infrastructure is still deficient. Next economic structures have to be taken into account. African economies are often dependent on a few agricultural products or commodities so that, fourth, African companies are too seldom integrated into global value chains.
These issues have been on the agenda for several years and have been addressed in individual countries, if not solved in some. Quite a few countries in sub-Saharan Africa have reduced corruption, decreased the rates of infection with epidemic diseases and significantly increased enrolment rates in schools. Many universities were founded. It also seems to be the case that the boom slowly rests on more shoulders; resources are no longer the only source of income although they are still the foundation of high growth rates. Not least with the support of Western, among them German development policy measures, the focus was laid upon governance issues. By deepening economic cooperation, the process is speeded up because a substantial middle class is being generated. This may increase pressure on governments to solve the institutional problems. If in addition the OECD and emerging economies, such as the BRICS, open their markets for African products on all value chains, this process can continue.
What does the German business community make of these developments? Apparently still not enough; this at least was one result of a Conference of the German-African Business Association approximately 5 weeks ago in Berlin. Participants from politics, among them diplomats from Africa, business, science and journalism discussed the medium-term prospects of the continent and showed thereby that Africa as an investment destination, as well as market can be interesting. These prospects of course differ from country to country. And of course any investor or trader must take into account the particular conditions in the economy and society there. Many challenges in institutional terms and in terms of the infrastructure are still to be dealt with.
But overall there was cautious optimism about economic growth, demographic development, education and health. In such an environment, companies from abroad can be supportive, without having to act as Samaritan, as the discussions showed. Good profits and a sustainable market are waiting for German businesses. Above all, it was impressive and remarkable that all discussants talked about partnerships, nobody focused narrowly on development aid. Africans especially seem fed up to see themselves as victims, despite the popularity of this caricature in wide circles of the development community in the OECD countries. They want to be a partner and offer good business opportunities to the other side.
If Africans and Germans do business together, it will promote development in Africa, and there will be new markets for Germans, which are urgently needed given the weary European economies. African business may become a precondition for high degrees of employment and income in Germany in the future. Africa is going to leave the state of the needy and to be a partner. That’s very encouraging!
This is a translated version of the original column that appeared in the Wirtschafts Woche Newspaper.
Tutwa conducts authoritative research into and analysis of complex policy and regulatory matters affecting business in emerging markets.