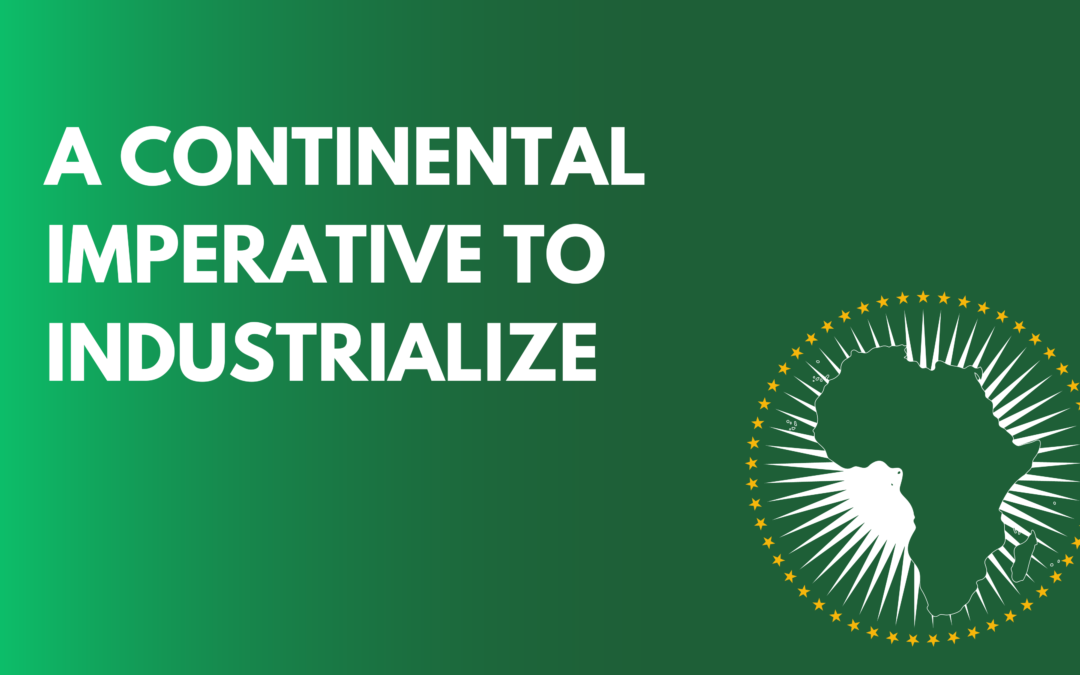 The Extraordinary Summit of the African Union (AU) on Industrialization and Economic Diversification in Africa took place between the 20th and 25th of November 2022 in Niamey, Niger. The Summit’s aim was to commemorate Africa Industrialization Day – an annual occasion proclaimed by the United Nations General Assembly in 1989 to raise awareness about the importance of African industrialization and the challenges faced by the continent.

According to Africa’s Industrial Revolution report, the continent’s industrialization drive stands to benefit from an innovative policy mix that combines the focus on traditional manufacturing with a forward-looking focus on new and emerging sophisticated opportunities. African leaders have long echoed the need to reverse the dependence on the global north by accelerating the process of industrialization on the continent by strengthening the institutional frameworks underpinning intra-African trade.

With this imperative in mind, the Summit was attended by leaders across the AU Member States who engaged under the auspices of devising cooperative pathways in order to mobilize industrialization efforts as a fundamental pillar of economic growth, development, and the expansion of employment opportunities. All of these serve the achievement of the African Development Agenda 2063.

In particular, the Summit discussed important issues such as activating the African Continental Free Trade Agreement (AfCFTA) and its relationship with industrialization, employment, technological renewal, and organizational capacity in order to improve industrial performance and make it competitive, as well as making the most of regional value chains.

The Summit also took note of the progress made so far on the AfCFTA and adopted a Draft Decision of the Extraordinary Session on the AfCFTA and three Operational Tools including the AfCFTA E-Tariff Book, AfCFTA Rules of Origin Manual, and the AfCFTA Guided Trade Initiative.

The AU Summit further incorporated the Extraordinary Ordinary Session of the African Union on the AfCFTA on November 25th, where several key points of commitment were made. Central to these was a reaffirmation of their ‘determination to ensure that Africa’s industrialization and economic diversification are financed in a predictable manner and with the urgency of identifying and addressing the impediments to productivity and growth through infrastructural development, energy, access to finance, digitalization, innovation, and skills development to achieve economic diversification.’

The Summit also helped to highlight some of the shortcomings that have hampered economic recovery and the continent’s ability to realize the full potential of a market of 1.3 billion people with a combined GDP of $3.4 trillion. In particular, some leaders noted in their addresses the lack of a clear and coherent continental policy on industry and industrialization as an impediment to the operationalization of the AfCFTA.

Other key outcomes of the Summit included consideration of the Report of the joint meeting of the Ministers of Industry and Economy that took place on November 7th in Niamey. The meeting also considered and adopted the Declaration and Decision of the AU Extraordinary Summit on Industrialization and Economic Diversification.

The recent AU Summit provided another opportunity for national, regional, and continental stakeholders from both the public and private sector to discuss areas of cooperation to facilitate sustainable development in Africa. A recurring theme championed by leaders throughout the Summit echoes the broader discourse around the need for trade and industrial policy alignment – especially between the overlapping policy approaches at the levels of the Member State, Regional Economic Community (REC), and the AU – in order to unlock intra-African trade and inclusive growth.

On behalf of USAID’s African Trade and Investment program, Tutwa was able to deliver a private sector-focused hybrid seminar as a side event at the AU Summit in Niamey, titled ‘Beyond Trade in Goods and Services: Preparing for Phase II of the AfCFTA’. With the support of expert trade and development practitioners, Tutwa’s consultants were able to successfully deliver presentations that spoke to a range of issues that explored policy approaches that could help optimize policy responses to the Phase II and Phase III AfCFTA protocols which include digital trade, investment, intellectual property rights, and the role of women and youth in trade.