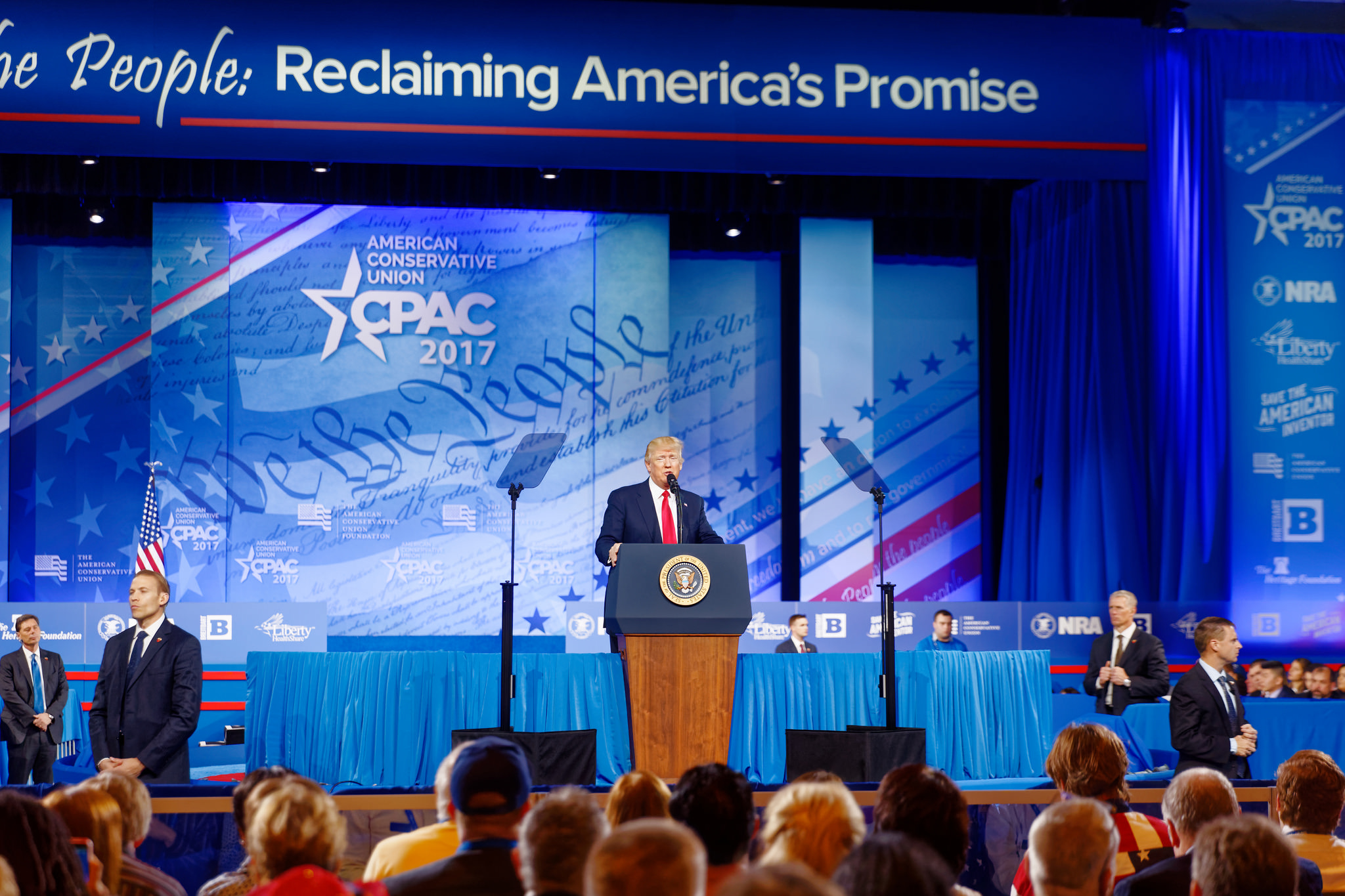 International trade is in trouble after the global financial crisis and, with the new Trump administration, the world faces a protectionist onslaught. As a result, there are three ways that international trade can go from here — one considerably ‘more likely’ than the other two.

Let’s begin with the state of play. Three features stand out: a global trade slowdown, creeping protectionism and the failure of the Trans-Pacific Partnership (TPP).

First, global trade growth — what is dubbed ‘peak trade’ — has slowed down markedly. International trade grew twice as fast as world output in the quarter-century before the global financial crisis (GFC). It slumped during the crisis and then picked up again, but since 2012 it has barely kept pace with world GDP growth. Trade revived along with global economic growth in the first quarter of 2017. But it is too early to tell if this is a new trend or just a blip on the screen.

Second, protectionism has increased since the GFC. It has not escalated to 1930s heights, nor has it reversed existing globalisation. Rather, post-GFC protectionism has been ‘creeping’ up, mostly through anti-dumping duties and insidious non-tariff barriers such as subsidies, onerous standards requirements and public procurement restrictions.

Third, President Trump has announced the US’ withdrawal from the TPP. This is highly unfortunate for two reasons. First, the TPP was the most ambitious trade deal in 20 years, with hard rules for freer trade and foreign investment. Second, it was a geopolitical signal of US reengagement in Asia — the vaunted US ‘pivot’. Now these economic gains are foregone. And it is a dangerous signal of US disengagement from Asia.

This leaves the field open for China to assume trade leadership in Asia. It is already doing so on infrastructure. China is the leading power in the Regional Comprehensive Economic Partnership (RCEP), which brings together the ASEAN countries plus six others. But RCEP is shaping up to be a typically ‘trade-lite’ intra-Asian trade agreement. While it will eventually remove most import tariffs, it will likely do little to tackle the non-tariff and regulatory barriers that are by far the biggest obstacles to trade and foreign investment in Asia.

The first ‘more likely’ scenario is of trade winds blowing in a more protectionist direction, starting in the United States. In addition to the US withdrawal from the TPP, President Trump wants to renegotiate the North American Free Trade Agreement (NAFTA), has threatened high tariffs against China and against US companies that relocate production abroad, and says he will ignore the World Trade Organisation (WTO). The US’s other major trade initiative, a free trade agreement with the EU, is either stalled or dead. Trump’s senior trade policy appointees are fellow economic nationalists. All are obsessed with trade deficits, China-bashing, and industrial policy to revive United States manufacturing.

New US protectionism could begin with a spike in antidumping and countervailing duties, aimed first at China. Import taxes, euphemistically called a ‘border tax adjustment’, could be part of a US tax-reform package. Other measures might follow that would cause a flood of WTO disputes. And other countries would follow the US protectionist lead, starting with the EU and China.

If this happened, it would only accelerate trends since the GFC. Creeping protectionism would no longer be creeping: it would accelerate, affecting bigger chunks of international trade and disrupting global value chains. Peak trade would be worse: there would be a bigger world trade slowdown. That would drive world GDP growth even lower, in the West and the rest.

But there are powerful countervailing forces. The most potent is existing globalisation through global value chains. United States companies are woven thickly into them, and they will likely lobby against Trumpian protectionism. United States producers and consumers will suffer from US protectionism and other countries’ retaliation. The Congressional Republican leadership, some cabinet officers and senior White House staff, as well as Republican and Democrat governors in the states, could restrain the economic-nationalist impulses of Trump and his senior trade appointees.

The second more pessimistic scenario is a full-blown trade war: unrestrained US protectionism, escalating tit-for-tat retaliation by the EU, China and others, perhaps the break-up of NAFTA and the severe disruption of global value chains. This would be a lurch back to 1930s-style protectionism, de-globalisation and depression. But this is unlikely.

A more optimistic scenario would be of others taking up the baton of open-market trade leadership. The EU might be up for it. And China. International cooperation would be more equally shared. And the WTO revived. But this is also doubtful. Both the EU and China have ever bigger internal weaknesses that limit their ability to lead abroad. Absent the United States, prospects for international trade cooperation are bleak, not least in the WTO.

Outward-looking US leadership is still essential for international trade. Without it, the world economy would be worse all-round — more unstable and less open. That is true for other areas of global economic policy and for global security. The United States, contrary to gathering conventional wisdom, is still the ‘indispensable nation’.

Razeen Sally is Associate Professor at the Lee Kuan Yew School of Public Policy, National University of Singapore. He tweets from @razeensally.

This article was originally published on the East Asia Forum, Best of three scenarios for world trade, on 23 April 2017.