Case studies on Beitbridge and Chirundu 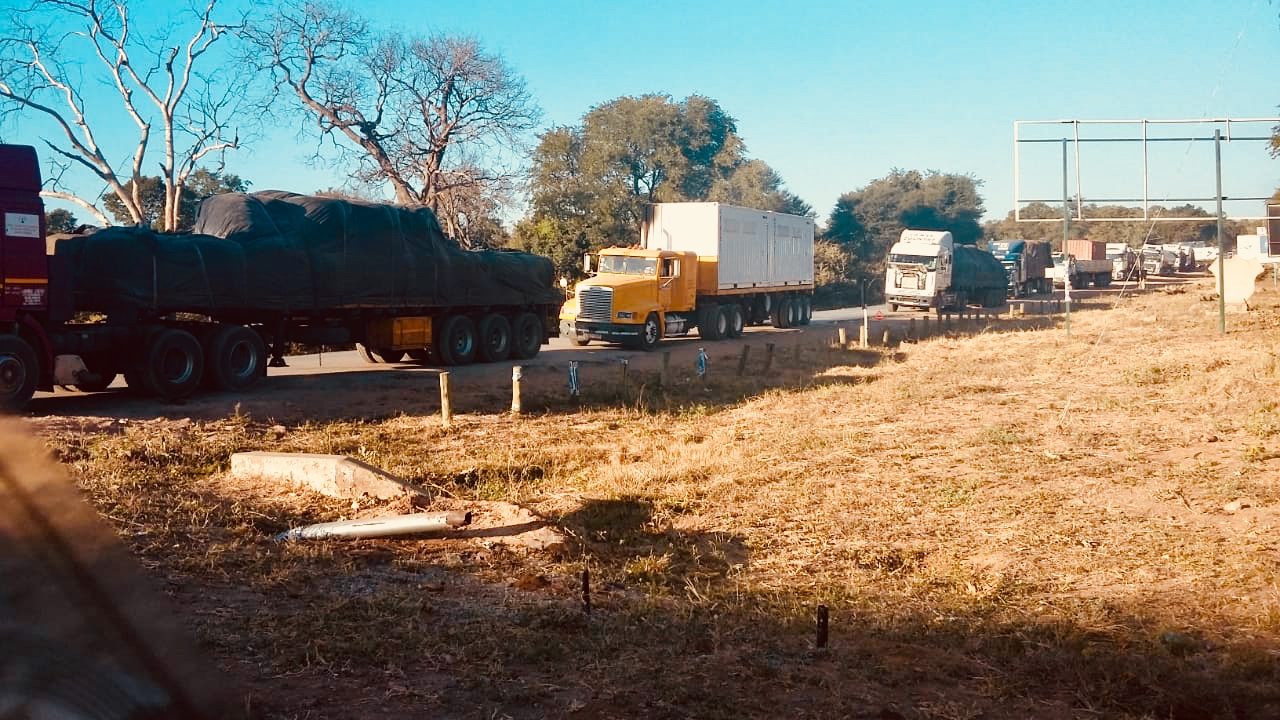 At the 2018 SADC Industrialisation Week I had the privilege to present the findings of a GEG Africa Study on standing times and the economic development aspects of the borders at Beitbridge and Chirundu. Presentations on case studies are available here. Full reports can be accessed by request and will be published on the GEG Africa website.

A team of four researchers journeyed along the North-South corridor from Johannesburg to Lusaka, stationing first at Musina/Beitbridge for four days and thereafter in Chirundu at the border between Zimbabwe and Zambia. The team interviewed a range of stakeholders, situated at these borders and those passing through, to understand the local economies and major causes of standing time (border delays). Standing times for trucks have been found to be a large part of transport costs in Southern Africa and therefore unpacking the contributing dynamics is critical for the facilitation of trade in the region.

We conducted interviews with stakeholders that included: government officials, truck drivers, medical services volunteers, local business owners, clearing agents, cross-border traders, and touts and vendors. We learned their perspectives on the border towns and some of the reasons behind standing time. Our researchers paid particular attention to the involvement of women and youth. Some insights from stakeholder workshops in Harare and Pretoria were also included in our findings. The following is a summary of the key messages from our research.

Firstly, let me share why border posts are so ‘thick’. Economic development in Sub-Saharan Africa (SSA) continues to be constricted by transport and logistics inefficiencies. Standing time at borders has been shown to be the largest contributor to transport costs. Previously it was understood that a lack of backhaul opportunities contributed the most towards uncompetitive transport pricing in SSA. However, we now understand that the softer operational issues, rather than hard infrastructure constraints, contribute more towards standing time and hence, uncompetitive transport pricing.

According to truck drivers at Beitbridge, the average amount of time to clear out of the border, for a truck whose documents were in order, was 48 hours. In Chirundu, customs officials estimated South-bound trucks spend 2-16 hours, although some drivers estimated their waiting time at 36 hours; official estimates for North-bound trucks are 2-24 hours, with drivers and clearing agents reporting 2-4 days with extremes of 7 days. This is dependent, however, on the type of cargo being carried. When comparing this anecdotal evidence to comprehensive time release studies, some interesting parallels emerge, and the longer time estimates were confirmed. Official processes at borders definitely require a certain amount of time but it was the time beyond expected steps that we tried to uncover in our research.

We found that standing time was a result of many factors. If drivers used pre-clearance processes, this would reduce time at borders significantly. However, some of the key causes of standing time, include: (i) poor signage and a lack of disaggregated lanes; (ii) a lack of risk management processes for scanning and inspections, leading to numerous inspections and duplication of efforts among border agencies; (iii) low levels of staffing among customs officials and inadequate inspection bays; and (iv) driver behaviour.

Drivers interviewed complained of poor working conditions, including a lack of downtime between trips, and preferred to spend more time at the borders to rest even once clearance was completed. Some drivers would commute home to their families in nearby towns or as far as Harare, awaiting completion of their clearance documents. On average this ‘driver behaviour’ would add a day or two to total standing time.

It seems evident that the poor working conditions contribute to driver induced standing time and thus, drivers have little incentive to adjust their behaviour. Working conditions and driver behaviour aside, appropriate risk management processes would also go a long way to reduce standing times e.g. major queues form at the electronic scanner at Chirundu, where all trucks heading into Zambia must be scanned, and with weak inter-agency coordination, standing time increases.

We noticed that inefficiencies at the borders can benefit some firms operating at the borders e.g. clearing agencies and service providers. This results in a disruptive impact for some stakeholders of trade facilitation measures. For example, the extension of operating hours (to 24 hours) at Beitbridge contributed to the closure of two major hotels in Zimbabwe as travellers no longer sought accommodation by the border but preferred to travel onwards. We also noted that following the change to 24-hour operations, clearing agents did not extend their working hours, undermining the impact of the trade facilitation measure. Therefore, it is necessary to have a broad engagement with all stakeholders, through public-private interaction, to ensure the tension between trade facilitation measures and stakeholders engaged in border activities is minimised and the measures are not undermined.

It was a successful trip, no doubt, and we felt as if we were in the shoes of the drivers, traveling the miles to Lusaka and dealing with the brunt of inefficiencies, such as waiting for two hours before being issued a toll-gate pass, due to a system failure on the Zambia side of Chirundu; or being asked by eager touts if they could ‘facilitate’ our crossing! The key now will be translating the information and evidence picked up from our time on the ground into recommendations for policymakers that are tasked with the fundamental role of promoting stronger integration of Southern Africa.