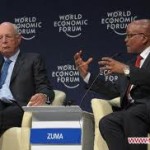 I would like to congratulate you for your excellent contribution to the GAC Report “Foreign Direct Investment as a key driver for trade, growth and prosperity: The case for a multilateral agreement on investment”. I was greatly impressed by the quality of this publication as well as by the timeliness of exploring the important issue of trade and investment. This work provides a valuable contribution to today’s trade policy discussions and efforts to further unlock the potential of trade at an uncertain time for the world economy.
Understandably there are many sceptics out there, notably those who remember the OECD’s failed attempt to negotiate a multilateral investment treaty in the 1990s and consequently think that a new attempt is futile. The fact the WTO’s Doha round is all but dead, with the BRICS seemingly growing in stature as they position themselves to resist G7 initiatives, reinforces such views.
However, while such views are understandable they fail to appreciate the global significance of potential changes underway in China. It is well-known that the new leadership is determined to reinvigorate China’s economic reform process, which is widely regarded to have stagnated during the Hu Jintao – Wen Jinbao era. An early sign that they are serious was sent by the People’s Bank of China, which recently refused to provide liquidity to the Chinese banking sector. This signaled that the era of easy credit is over in China, and that real financial reform designed to address the growing property and ‘shadow banking’ bubbles, and the massive credit-fuelled overcapacity in some Chinese industries, may finally be in the cards. Since easy and directed credit are central to China’s export-driven growth model, financial reform is a sine qua non for changing course. And it could prove very painful, or even brutal as some commentators are arguing.
Another signal has just been received. In the latest strategic economic dialogue between the US and China, the two sides agreed to negotiate a comprehensive bilateral investment treaty. Significantly, the Chinese appear to have agreed to take on deep, intrusive commitments; the kind of undertakings that could potentially be taken on in other negotiating settings such as the plurilateral services negotiations in the WTO, or the Trans-Pacific Partnership (TTP) Agreement, both of which currently exclude China. It is not a big leap of imagination to envisage China throwing its weight behind multilateral investment talks should this reform path be consolidated.
Of course the reform road in China is a rocky one, with many domestic players and interest groups jockeying for position and not on board with the unfolding programme. In this regard a third signal, emanating from Geneva, offers grounds for caution. Efforts to revise the WTO’s plurilateral agreement on information technology products (ITA) in time for the Bali trade minister’s meeting this December, have apparently been stalled by a defensive Chinese maneuver. Parties to these talks are apparently dismayed by the blocking tactic. This could just be a smart Chinese negotiating strategem, or it could represent an assertion of genuinely defensive interests – time will tell.
If the Chinese leadership follows through on its reform pronouncements this has the potential to revolutionise their trade negotiations strategy, set them apart from the BRICS, and open up a range of potential multilateral deals in ways hitherto unimaginable. These developments have major implications for the world, not least South Africa, which is why we are starting a two year project at SAIIA to look into this and related initiatives, notably the Transatlanic Trade and Investment Partnership negotiations between the US and the EU. We will also consider the other major ‘mega-regional’ deal unfolding in the Asia Pacific, ie the TPP.
These dynamics are what makes the current Chinese leadership transition so interesting, and unpredictable. But if the signals are evidence of true intent, then potentially powerful economic forces will be released domestically thus destabilising currently cosy arrangements, and the leadership will feel compelled to show results elsewhere, such as the international stage. Security tensions in the South China sea are one such outlet. Thus the transmission of China’s unfolding domestic drama to the international stage is well underway, with regional security tensions rising as a result. This may be one of the prices to be paid for China’s increased global economic role.
So fasten your seatbelts, it is going to be an interesting ride.