ConCourt vs. IEC: A glimpse into the growing pains of democracy 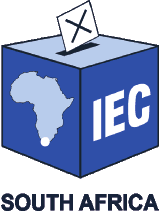 COVID-19 has been a catalyst for change across multiple dimensions through which human civilisations have come to function. Some of these could not have been anticipated before 2020; in many instances, however, the shock has accelerated processes that were already underway. In South Africa, concerns over the ability to hold free, fair, and safe elections have led to a long-running saga between the country’s Independent Electoral Commission (IEC) and competing interests within the polity. Ensuing contestations have been directed towards the country’s apex court, whose judgments have become increasingly sought for the interpretation of constitutional disputes.

The establishment of an independent body to manage elections has become an institutional norm of democracies. The body is designed to serve as an independent agency that regulates party and election finance and sets standards for how elections should be run. As an extension of the separation of powers – in which the judicial, legislative and the executive arms of the state carry out checks and balances, but do not interfere with the others’ functions – the purpose of the electoral commission is to provide the standards of impartiality which underscore the legitimacy of the democratic process. In South Africa, the IEC was established, along with several other institutions in terms of Chapter 9 of the Constitution, to guard democracy by making governments answerable and exerting co-operative control.

In a climate dominated by the imperative to mitigate the impact of the pandemic, the IEC has faced a dilemma over how to facilitate local government elections due to take place in 2021. Many countries have wrestled with the question of how best to enact their democratic process in the knowledge that it would require large-scale in-person participation of the electorate. Although many countries have opted to proceed and make accommodations – for example, by expanding online voter registration and ballot casting – the IEC took the view that postponement would be the best course of action and sought the approval of the Constitutional Court.

The IEC’s argument rested on the recommendations of the Moseneke Report, which proposed several adjustments to assist in reducing the potential for the transmission of COVID-19. These included extending voter registration, expanding special voting arrangements for the ill and vaccinations for poll workers. However, it also recommended that the local government elections due to take place in October 2021 be delayed until February 2022 – a date that would fall outside the 90-day window during which elections are required to be held from the expiry of the term of incumbent municipal councils. The case was supported by the ANC and some other parties, although it was opposed by others within the polity and broader civil society who maintained that the right of the electorate to remove underperforming municipal governments was more urgent than ever. On Friday 3rd September, the IEC’s application to postpone local government elections was ruled against by the Constitutional Court. The ConCourt added that elections must be held between 27th October and 1st November 2021, ordering Cooperative Governance and Traditional Affairs Minister Nkosazana Dlamini Zuma to proclaim a new date no later than 10th September.

Having followed the court’s ruling that elections were to go ahead by November 1st without delay, and that a voter registration weekend would need to be held, the IEC made a further announcement that the candidate nomination process would be re-opened for political parties.  In its ruling, the Constitutional Court did not specifically order the re-opening of candidate registration, though it did state that amendments could be made to the election timetable where it is deemed “reasonably necessary”. With the ANC having failed to register candidates in 93 municipalities – despite parties having had the opportunity to nominate candidates by August 23rd – the IEC’s decision has added further fuel to the fire in the build up to the election.

On September 7th, the DA filed an urgent application to the Constitutional Court, asking them to set aside the IEC’s decision to re-open candidate registration. The application – which was subsequently given support from the EFF, representing an alliance between the two major opposition parties – asserts that the court’s allowance for “reasonably necessary” amendments caters for the re-opening of the voters roll in the context of the voter registration drive. In response to the implied allegation that the electoral commission’s decisions have favoured a particular political party, Mawethu Mosery, IEC Deputy Chief Electoral Officer, said, “The court has issued us direction in response to that application. We’ve agreed with the DA that the matter is urgent and we would wish that the court pronounces on it soonest, before the 20th of September. Our view is that we will oppose that, and we will give detailed reasons why we are opposing that and why we indicated that we are not favouring a particular political party.”

Although the outcome of the DA’s application remains unclear, the persistent attempts to challenge the IEC through the judiciary may cast further doubt over the impartiality of the electoral commission. On the other side of the coin, the DA have been targeted with accusations of attempting to usurp the IEC’s authority by returning to the apex court – a move that would breach the ‘separation of powers’ principle, according to Minister Dlamini Zuma. She argues that, by overruling the IEC’s decision to re-open candidate registration on the basis of the court’s previous order, the DA’s application would somehow rescind or constrain the powers of the electoral commission.

Time will tell whether these contestations yield a tangible effect on the authority of the IEC, and by extension, the validity of the country’s electoral process. With elections due to be held by November 1st, the likely outcome is that elections will take place as planned and allowances made for voter and candidate registration. Once the ballots are cast and tallied, the build up to 2021’s local government elections will fade into memory as the political battleground turns elsewhere. The long-run implications, however, may reverberate for some time.

After 27 years, South Africa’s democracy can barely be considered to have entered its adolescence. Unsurprisingly, the pains accompanying the process of growth and maturation have become more pronounced in recent times. The State vs. Former President Zuma has manifested as another epiphenomenon of this course, with the authority of the executive, the ruling party, and the judiciary pitted against one another, resulting in the setting of new legal precedents and civil contestation. Set against a backdrop of the hollowing out of state-owned enterprises and other Chapter 9 institutions, state capture and the investigation into its participants through the Zondo Commission has brought to light the need for careful reform and oversight into the powers of officials, political parties, and non-state actors to influence institutions of democracy for self-enrichment. Challenging the authority of the IEC may have served as a declaration by some within the polity and civil society of a new front on which this battle will be fought. In the short term, it may add to the perception that South Africa’s democracy has become farcical, fraught with political interference, and symptomatic of a terminal disease within the state. Over time, however, the painful process of bringing the inner workings of the IEC to the fore and re-affirming its mandate could help serve as the antidote.