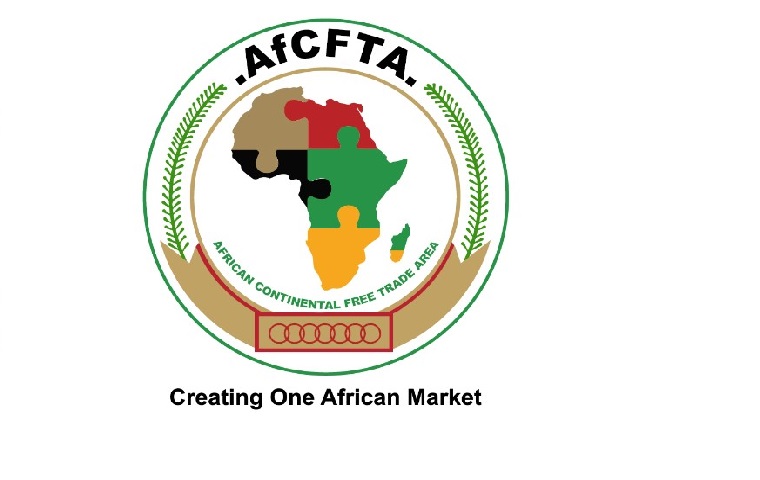 The African Continental Free Trade Area (AfCFTA) is one of the most ambitious regional integration initiatives taking place in the world today. Full implementation is still at least a decade away but there is significant value for the countries participating in the process of engagement itself.  Beyond market access preferences, the AfCFTA is a potential catalyst to strengthen productive capacity, build trade-supporting infrastructure and prepare the required institutions for achieving inclusive economic development across the continent. It will bring together 54 countries, some of which are not members of the World Trade Organization and have limited experience in negotiating trade agreements, like Ethiopia and Sudan. The majority of the world’s least developed countries (LDCs) will be part of the AfCFTA and it will be the first time that some of these countries are required to make significant changes to their tariff structures as well as negotiate rules in areas such as investment and electronic commerce.

The framework agreement of the AfCFTA has been ratified by 38 countries as at the beginning of September 2021 while it entered into force on 7 July 2019. It sets out an overall ambition to remove duties on 97% of all goods traded in the AfCFTA over a two-stage implementation process. Trade in services and non-tariff barriers are also the focus of Phase 1 of the agreement. Although it was possible for trade to commence from 1 January 2021, negotiations are ongoing with rules of origin still to be finalized for key sectors, such as clothing and textiles. All of this is happening at a time when it has not been possible for in-person interactions and negotiators have had to adapt to a virtual process.

It is not surprising therefore that some tensions are starting to emerge in the negotiations of the AfCFTA. First, there is a tension between the political ambition to complete this agreement in a short period of time and the technical process that is needed to achieve consensus on the complex rules that will govern African trade going forward. On the one hand, the strong political commitment to the AfCFTA is welcome and has been an important contributor to the momentum behind the process. There are however challenges when the technical process cannot keep up and meet the deadlines set by African leaders. In these circumstances, negotiators could run the risk of cutting corners and not agreeing on the level of detail required for the smooth implementation of the agreement. Following high profile events to mark milestones in the AfCFTA process and the announcement of trade commencing from the beginning of 2021, the fact that the negotiations are ongoing is causing confusion among traders about the status of the agreement. The advice to under promise and over deliver comes to mind.

A second area of tension is between the vision of the AfCFTA and the national economic development priorities of the participating countries. This is not unique to this trade agreement and is often at the heart of any modern negotiation process. Where the AfCFTA has a particular test is in the way that the process has unfolded with few specifics included in the framework agreement.  It is in the ongoing phase 1 negotiations that countries and customs unions are required to put forward offers that meet the framework criteria. This requires, for example, identifying 3% of goods that will be excluded from AfCFTA tariff reductions. In those African countries that rely on tariff revenue as a key part of domestic resource mobilization or that use tariffs as a tool of industrial policy, this could involve some difficult choices – a situation that is further complicated by an increasing focus on local content requirements and import substitution by African policymakers.

The framework agreement of the AfCFTA has also left some key concepts to be fleshed out as the negotiations proceed. For example, it is not clear how ‘reciprocity’ will be assessed in terms of the trade in goods negotiations – on a product by product basis, in terms of commercial benefit or based on a broad overall balance in commitments. In terms of the time available to implement tariff reductions, the provision of 10-13 years for LDCs is now being used by more developed countries that are taking up the longer implementation period as a member of a customs union. Special and differential treatment is an important principle of the AfCFTA but LDCs will only have the same period for adjustment to the liberalization impact of the agreement as their more advanced neighbours.

Thirdly, there is also a tension between the reality emerging of how the AfCFTA will be implemented and the overarching objective to create a more streamlined and less complex trade architecture in Africa. The AfCFTA will not replace the existing regional trade arrangements, such as the Common Market for Eastern and Southern Africa (COMESA) and the Southern African Development Community (SADC), but will create an additional layer that plugs the gaps where there is no bilateral or regional agreement in place between members of the AfCFTA. This could create additional complexity for traders, especially where there are differences in the rules applied.

In conclusion, the AfCFTA has enormous potential to progress the integration of African economies but it should be viewed as a long term initiative. There are difficult issues that still need to be resolved under phase 1 of the negotiations, and implementation of commitments is likely to only be delivered in 10-15 years’ time. This needs to be clearly communicated to stakeholders, including the private sector. Greater transparency would go a long way to ensuring that the process is better understood. The tensions emerging require African trade ministers and officials to recommit to the overarching aims of the AfCFTA. There is room for the more developed, larger economies on the continent, such as South Africa, Kenya and Nigeria, to lead by example by opening up their markets in line with the original ambition.

Phase 2 and 3 negotiations on investment, competition policy, intellectual property rights and electronic commerce will be particularly challenging. There is however value in the process and not just in the end outcome. African countries should continue to build on the momentum created by the AfCFTA to strengthen productive capacity, build trade-supporting infrastructure and prepare the required institutions for achieving inclusive economic development.