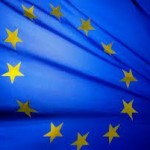 Africa is on everyone’s lips: Is the Arab Spring in Egypt over? What will happen to Tunisia?  And can the French army defeat the fundamentalists in Mali in the long run? But not only geopolitical issues are discussed: at least in the big European leagues the football scouts are determined to find top players in the African Cup of Nations. Observers are attracted to the African cultural variety on display, which promotes tourism to an increasing extent.
Moreover – and central to Europe – Africa is increasingly seen from an economic and policy perspective. It grows relatively fast, is resource-rich, and in many countries the quality of governance improves quite rapidly. Many countries are very keen to develop contacts, and are increasingly involved there.
This renaissance is somewhat surprising, since Africa was for a long period regarded as a “lost continent”. Internal conflicts ravaged it from Burundi, through the Democratic Republic of Congo, to the apartheid regime in South Africa. Violence and corruption, poor governance and dictators supplied the dominant images. In the past two decades, to varying degrees, the general picture has brightened. In addition, the commodity boom, connected not least with the rise of China and India, contributed to the changes.
With the commitment of Chinese state-owned enterprises to Africa, the continent has also moved back onto the radar screen in Europe. Fortunately we are beyond the phase of negative reactions to this phenomenon in Europe. Politicians have realized that Africa is a serious partner, and business sees good chances for division of labor.
There are two particular reasons promoting a positive European perspective for Africa.
First, to defend the Western model of connecting political and economic order, or that economic integration is peacemaking. One way to combat the rise of fundamentalism is through the growing integration of Africa into the global division of labor. This is achieved by opening markets (see below) and fairness.
However, the Western model is pressured in Africa because Chinese investment in sub-Saharan Africa operates under different premises to European investment. There is no relationship between economic activities, political and humanitarian needs or demands such as the respect for human rights or political liberalization. China calls it a “no-strings-attached” policy. One may be skeptical as to whether it really represents neutrality or serves to lure compliant despots, so they give Chinese investors quick, easy and inexpensive access to raw materials.
The experience of African countries with Chinese investors seems to be mixed. Not all investments serve the interests of the local population. Even infrastructure projects often are oriented towards exploitation of resources. Jobs among investors are often occupied by Chinese guest workers that buy few local goods. The environment for prostitution and corruption flourishes. This is not desirable.
Legal security, political rights, property guarantees, just to name a few, are fundamental building blocks of a political and economic order. They go hand in hand with the development of the general public. Therefore, it can only be in the interest of both African citizens and European investors that the values debate does not subside. Europe must remain politically active and in touch with growing African civil society. Herein lies a great opportunity.
The second reason for European interest in Africa is the purely economic aspects. The continent is growing fast – the average growth rate of GDP in 2012 was 5 percent and would have been substantially higher if stagnant South Africa is taken into account.  In the fight against corruption there is progress (who in Europe would suspect that in the Corruption Perception Index Greece is behind many African countries?). Overall, Africa is perceived not only as a supplier of raw materials and investment location, but increasingly as an interesting market. Since the medium term economic prognosis for Europe is not good, foreign markets must step into the breach.
It would be helpful if the EU – if possible together with the United States – finally clears the necessary hurdles and the WTO’s Doha Development Agenda is implemented. Unfortunately the agricultural subsidies of developed countries are a major point of contention. Many promising local projects in Africa fail owing to American or European export subsidies for cotton and sugar, inter alia. In the long run, this focus on agricultural protection may hurt European businesses’ market opportunities for competitive exports industries.  It is  in the mutual interest of Europe and Africa to conclude the Doha Round, thus fueling the world economy. This would support efforts in the humanitarian field as well.
There was a time when Europe was important for Africa as a donor country, and Europe acted out of geostrategic point of view or as well-meaning but blind Samaritan. Now the tables are turning: Europe needs Africa as well as vice versa. It is time to recognize this new reality.
This blog is translated from Freytag’s regular column in the German newspaper Wirtschafts Woche.