Euro’s end inevitable but need not be a calamity 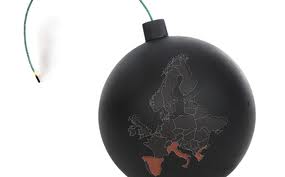 One of the dreadful errors of the EU elite is not to have a Plan B. A sensible Plan B would smooth the transition to post-euro currency arrangements, protect the real gains of the single market, proceed with long-delayed structural reforms, and keep the EU open to the outside world. This piece was recently published in Business Day.

THE European Union (EU) seems totally consumed by an existential battle to save the euro. But there are other symptoms of European malaise. There is no serious agenda of structural reforms to tackle “unfinished business”, especially in services and energy. Climate-change policies are increasingly costly at home and not taken seriously abroad. The EU is becoming less open to foreign workers and it is taken even less seriously than before as a global force. Whatever next?

The root of the e uro-zone crisis is a failed political project — the euro itself. It was pushed through for political reasons — to further “ever closer integration” — but the euro zone was never an “optimum currency area”, given its diverse economies. However, there was the naive expectation a hugely expanded Deutsche mark zone, governed by a Bundesbank-style central bank, would ensure monetary stability, induce domestic structural reforms and boost European competitiveness. Quite the opposite happened and the result is a triple crisis — of sovereign debt, banks and the common currency.

A signal feature of Europe’s third-rate political and bureaucratic elites is that they are purblind to the root causes of the crisis — the euro, unsustainable tax-and-spend policies, and repressed markets. That is testament to the parochialism of their milieu, not least in the inbred, ideas-deficient village that is Brussels. Hence the resort to half-baked solutions since Greece erupted in 2010 — a drip-feed of EU bail-outs in return for reform promises and buying of government debt by the European Central Bank (ECB).

The conventional wisdom is monetary union needs the foundation of fiscal union. That means harmonising fiscal policies among euro-zone members through “automatic” rules, centralised monitoring and enforcement, and tough sanctions for those who break the rules. This will have to be backed up by bigger EU “firepower”: much more liquidity for severely indebted governments through the European Stability Mechanism; and additional doses of liquidity from the ECB. Sovereign-debt restructuring and bank recapitalisation will be needed as well. So might new “euro-bonds”. This is the logic of the treaty being negotiated by euro-zone members plus all other EU members except the UK. Will it save the euro?

I doubt it, for three reasons. First, “firepower” will have to be in the trillions, not hundreds of billions, to be credible. The Germans will not accept that. The ECB, having already waded into “quantitative easing” through purchases of sovereign debt, will be neck -deep in the junk debt of the EU periphery. The resources of the virtuous will flood into the pockets of the profligate. The Germans will have committed themselves to an open-ended “transfer union”, and compromised their own virtue and future into the bargain. Hence they will veer towards halfway-house solutions to save the euro.

Second, common fiscal rules will never be automatic. Inevitably, they will be bargained over and watered down to a low political common denominator, and broken by countries unable or unwilling to stick to the rules. Third, fiscal union is disastrous political hubris. It is a product of elite negotiations behind closed doors, in the expectation that European publics will meekly follow, which they will not.

That leads me to think the euro zone will break up sooner or later, which will be very messy. It will reverberate through financial markets around the world. And, by tipping Europe further into recession, it will affect the rest of the world through trade and foreign investment.

Most worrying, an anti-EU backlash in the member states would ratchet up internal protectionist pressures and threaten the future of the single market. That would spill over into EU protectionism against the outside world.

One of the dreadful errors of the EU elite is not to have a Plan B. A sensible Plan B would smooth the transition to post-euro currency arrangements, protect the real gains of the single market, proceed with long-delayed structural reforms, and keep the EU open to the outside world.

It would also eschew further top-down integration. Rather, power in the EU should be limited and decentralised to unfetter markets, give individuals more economic freedom, and make politics and policies less cartel-like and more competitive. The EU needs much more bottom-up competition in political and economic markets. It needs more centralisation and cartel-like behaviour like a hole in the head.