How much of the SONA wishlist is deliverable? 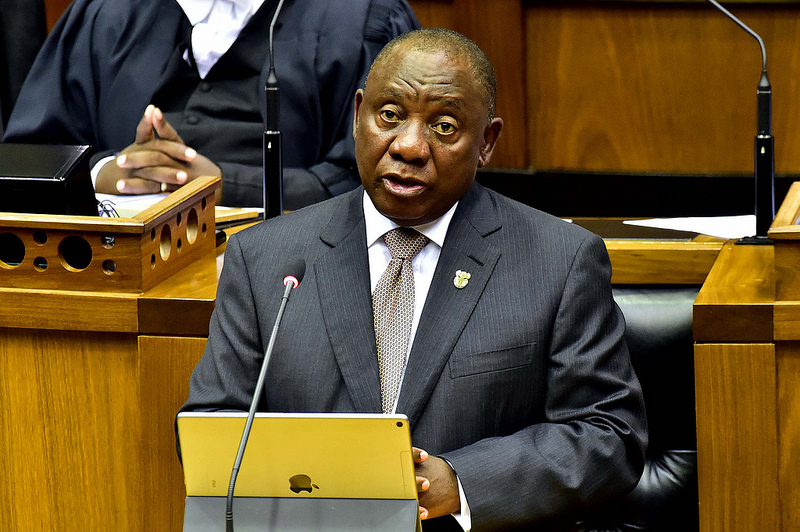 Delivered in a typical Ramaphosa consensual style, the 2019 State Of the National Address was all-encompassing, addressing everything and everyone. Opposition parties could find nothing much to fault besides challenging the Ramaphosa administration to implement the undertakings. Implementation deficit has been the Achilles Heel of government.

Overall, the SONA addressed almost all the country’s challenges and ultimately provided a more pragmatic and reassuring policy direction than the ANC’s own resolutions or even the elections manifesto. This was unsurprising as the state and government have always known to adopt a more moderate approach to policy than that of the party, which tends to lean on the radical tone.

The SONA included a long list of ‘achievements’ accompanied by an equally lengthy list of commitments. Most notable on both lists was the commitment to continue strengthening state institutions in general and particularly criminal justice agencies. So far, Ramaphosa’s appointment of Advocate Shamila Batohi at the head of the National Prosecuting Authority is seen as a stroke of genius by many, and a powerful pillar in the revival of law enforcement agencies.

In his speech, Ramaphosa sought to balance the interests of the country with those of the party. He set out what appears to be realistic and measurable goals.

From a political perspective, two main promises were announced. The unbundling of Eskom and the re-introduction of an investigative unit within the NPA. These undertakings are crucial yet difficult to implement. Already the ANC’s Secretary General Ace Magashule has signall that the party will oppose the unbundling of Eskom.

Already, ANC aligned unions such as the National Union of Mineworkers and the National Union of Metalworkers of South Africa have voiced their displeasure at the announcement of unbundling. The opposition from within the ruling party could grow, as the unbundling of Eskom will directly affect deeply entrenched patronage networks. The unions are understandably defending their members’ interests as unbundling could result in much deeper forms of restructuring with job losses. Those on the left of the ANC perceive Eskom’s split as a prelude to privatisation.

Added to this perfect storm is the announcement of the imminent changes within the State Security Agency. These moves will elicit a concerted fightback and pre-emptive strikes from the pro-Zuma elements. Recent arrests of Zondo Commission whistle-blowers already point to possible intimidation tactics and signs of political partiality within the Hawks.

Five critical tasks that currently confront the South African economy were identified, with the acceleration of inclusive growth having been couched in vague terms, despite its urgency. It is not clear that the key structural problems plaguing the economy are well understood; or, the new challenges ahead, including those that are related to the technology-biased change in certain sectors of the economy, are properly grasped. The other four critical tasks underlined by Ramaphosa are: improving the education system, improvement of living conditions, fighting corruption, and strengthening the capacity of the state.

South Africa’s social tinderbox remains the millions of young and unemployed persons. There is a threat of a generation that may never hold a job in its lifetime. Unfortunately, the country’s current unemployment is structural, arising mostly from economic concentration and firms investing in fixed capital requiring high skilled labour which dominates the market. It is also related to policy uncertainty that has throttled investment in the real sectors of the economy, especially mining. Over the years, South Africa, and especially during the period in which President Jacob Zuma presided over the government, South Africa has failed to craft policies that respond to high levels of unemployment among the unskilled, and the pace to reduce red tape in the economy has also been glacial.

As a measure to intensify levels of concentration in the economy, President Ramaphosa undertook to sign the Competition Amendment Act into law. This undertaking is also one of the few direct resolutions of the ANC at Nasrec during its elective conference in December 2018.

Further, in his SONA President Ramaphosa announced that he has directed a cross-departmental team to remove constraints, regulatory and administrative barriers that frustrate investors. This is aimed at facilitating the three efforts already underway; namely the presidential jobs summit framework agreement, the massive presidential investment drive, and the economic stimulus and recovery plan. The teams’ progress will be gauged against the improvement of South Africa’s Doing Business score, with a self-imposed target of being in the top 50 best performing economies in the next three years.

The use of this metric sends a signal to foreign investors that South Africa will be addressing constraints, according to the World Bank Doing Business Indicators, and looking at international best practices to improve their experience investing in South Africa.

Broader support programmes like municipal infrastructure projects and the multitude of industrial parks should further contribute to economic growth. However, President Ramaphosa also reiterated some of the easy gains of the last year which include restoring policy certainty on mining regulations and scrapping onerous visa requirements. Significantly, President Ramaphosa impressed on the need to increase mobile spectrum allocation and reviewing the prohibitive and uncompetitive port, rail and electricity prices.

Overall the president’s state of the nation address hit all the right notes, and even the potentially problematic areas might be resolved over time. In the process Ramaphosa has vested a lot of responsibility in the Presidency, something the country’s constitution allows, which has consequently had its highs and lows reflective of the personalities of the different incumbents from Mandela to Zuma. South Africans with all their perennial cautious optimism and sometimes naive optimism have thus far rightly given President Ramaphosa a benefit of doubt. The fact that this is an election year further makes President Ramaphosa’s job unenviable with the stakes being high and the margin for error very slim.