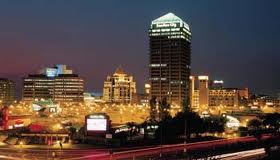 The South African government is waking up to the possibilities of the regional market. This is expressed in Trade ­Minister Rob Davies promoting the trilateral Free Trade Agreement encompassing the Southern African Development Community, the Common Market for Eastern and Southern Africa, and the East African Community as representing a historic opportunity to integrate markets “from Cape to Cairo”.

Invoking Cecil John Rhodes’s colonial enterprise underpins the notion of South Africa being a “gateway” to African markets and was given renewed impetus by President Jacob Zuma during the recent summit of Brics countries — Brazil, Russia, India, China and South Africa — in China. Yet it is seldom substantiated.