It seems only calamity will jolt SA out of slumber 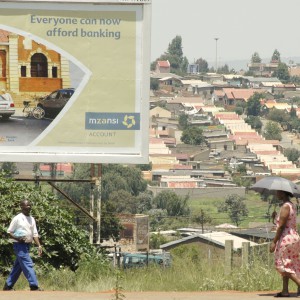 In the broader global perspective, SA’s social challenges may not seem gigantic. We are not battling hurricanes, literally or figuratively. But we are sleepwalking into economic turbulence. Perhaps a deeper crisis may just be what we need to jolt us out of our comfort zones.

Many of SA’s problems are self-inflicted. There are lingering legacies of the past, but their persistence is not due to the absence of strategies or resources to overcome them, but the lack of will and ability to lead on the part of the government.

We have a growing mountain of policy plans, including the New Industrial Policy Framework, the National Development Plan and the New Growth Path. The government also has regular performance reviews and a plethora of discussion documents and White Papers that are gathering dust. Many of these are ineffectual as progress depends largely on decisive action that is sorely lacking at the top.

SA also has the benefit of receiving scorecards from rigorous external assessment tools, notably in the form of the International Monetary Fund Article IV consultation process that evaluates the country’s macroeconomic fundamentals; the comprehensive Organisation for Economic Co-operation and Development economic survey; the World Economic Forum’s Global Competitiveness reports; and the World Bank Economic Update. These instruments are intended to underline the key economic challenges facing the country and to empower the government to act.

At one point, between 2006 and 2008, the National Treasury assembled a team of top economists from Harvard University to offer advice on our growth constraints. They made recommendations across key policy measures related to trade, industry and the labour market. Those vanished without much impact, and their reams of studies and recommendations are now cloaked in dust. One of them, Dani Rodrik, would later lament that the government chose unemployment instead of job-creating measures.

Despite some of the best policy efforts in the past to cure our social ills, we continue to stumble on the same intractable problems: excessively high unemployment, inequalities, weak growth, infrastructure bottlenecks, deficiencies in public service delivery, and corruption. A shift in the tone of rhetoric in the government, with new emphasis on “radical economic transformation”, is the only sign of progress, while policy uncertainty has become the new norm.

One of the difficult things to explain is why there is so much inertia when our challenges are clearly mounting and require bold and focused action? There are three possible reasons for this.

The first is the brutal reality that we do not have the best people at the top to do the job.

Second, there is a lack of a culture of candour in the government. Even though some of the best technocrats and politicians can see what the real problems are, they will instead reach for the politically correct explanations. Very few MPs or technocrats have the courage to speak the truth to the executive for fear of endangering their careers. Even the technocratic Finance Minister Nhlanhla Nene, during his largely commendable medium-term budget policy statement, placed primacy on the 2008 financial crisis for SA’s growth woes. This is despite that fact that many of our challenges existed long before then, and have deepened primarily on the account of poor leadership and policy uncertainty. That is what he should tell President Jacob Zuma.

Finally, one has to wonder how possible it would be to muster economic progress when Zuma does not have a single well-respected economist as an adviser, in fact there seems  to be no team of economic advisers around Zuma. In a time of economic strain, there is no war room dedicated to tackling the challenges of growth, unemployment and competitiveness in the economy.

It would thus seem our best hope is a calamitous crisis to get us out of inertia. As the English essayist Samuel Johnson once observed: “Depend upon it, sir, when a man knows he is to be hanged in a fortnight, it concentrates his mind wonderfully.”

This article was originally published in BusinessDay Live on the 14th November 2014.