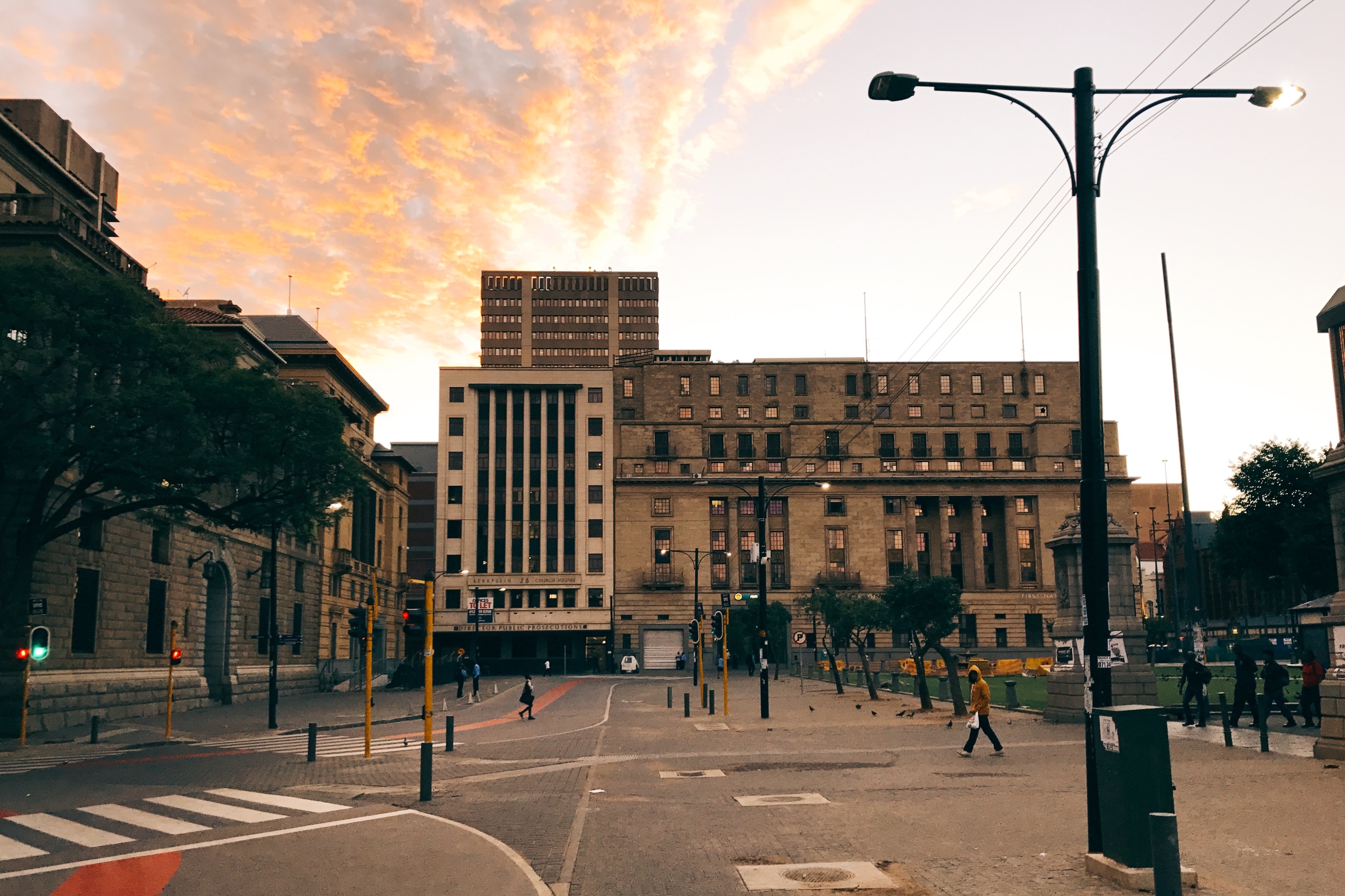 The post-2009 era is characterised by several events that include the Zuma-era patronage, consistent – sometimes late-night – cabinet reshuffles, the State Capture years, crumbling state institutions typified by the rot in SOEs and weak law enforcement agencies. This era represented the height of State Capture. What is synonymous with this period is how the path outlined by the ruling party was presented to the citizenry through its so-called ‘the second phase of the transition’ policy which is mainly anchored in the concept of a developmental state. The Zuma years, a period which did the country no favours, appears to be one in which the government had deliberately or ignorantly thrown wool over our eyes, forcing us to take the blue pill and ride the wave of promised reforms.

Reflecting on where the nation is in 2020 and before Covid-19, it is a no brainer that the country was already going downhill before pandemic struck. The onset of Covid-19 cannot take all the credit for the predicament we find ourselves in. What Covid-19 has done is to expose and exacerbate the cracks. The poor Aloe Ferox has fallen on hard ground and consequently is being swallowed up by the cracks. Some may argue that it is “drought-resistant”, but I leave that to you to decide.

The pandemic is like the red pill that we were all presented with to take a hard look at what is at stake. What got us here was mainly the delay in implementation of reforms, as a result of institutional capacity decay, which ultimately set South Africa on its fateful trajectory. Now, if you’ve been keeping tabs since 2009, you must be familiar with this choice; and apologies for the cliché. The country (government, private sector and the citizenry) needs to willingly take the red pill and wake up to the fact that reforms must be implemented now.

Socioeconomic challenges continue to plague the country and that is why these reforms are needed. Gross inequality, a history of exclusion, excessively high unemployment, poor education standards, poor service delivery and skills shortages, to name a few, reflect the country’s structural challenges that inhibit inclusive growth. Economic policy uncertainty and lack of implementation capabilities are some of the major challenges that undermine the government’s ability to undertake bold economic reforms towards inclusive growth.

While the MTBPS – which was supposed to provide a clearer picture on the resource allocation for the Economic Reconstruction and Recovery Plan (ERRP) – lacked the necessary detail on how the ERRP will be funded, it offered some insights on the intention to walk the fiscal consolidation path (an attempt to reduce debt and expenditure).

Even though the MTBPS made it clear that the debt-to-GDP ratio is spiralling out of control and gave a much grimmer projection of the 2020 economic contraction in comparison to the June 2020 budget i.e. 7.1{fdf3cafe0d26d25ff546352608293cec7d1360ce65c0adf923ba6cf47b1798e1} vs 7.8{fdf3cafe0d26d25ff546352608293cec7d1360ce65c0adf923ba6cf47b1798e1}, it still gave a more optimistic projection than the OECD estimate of an 8.2{fdf3cafe0d26d25ff546352608293cec7d1360ce65c0adf923ba6cf47b1798e1} contraction. Key to note is the slippage on debt. Authorities must arrest rising debt, otherwise, the country will be unable to finance its budget deficit. Currently, SA’s debt burden is escalating faster, with interest rate growth outstripping economic growth. The concern, however, is the debt which does not generate economic growth. Debt incurred towards things that spark economic recovery may be a better option than advancing fiscal consolidation with no clear plan on how the government intends to raise its revenue besides over-burdening citizens with taxes. With the 2.2 million jobs shed in the second quarter already, revenue-raising measures from an already shrinking tax base is concerning. This means that SA will still be forced to borrow to sustain certain basic and social provisions, which will not aid the economic resuscitation efforts.

According to Michael Sach’s latest paper on “Fiscal dimensions of SA’s crisis”, he attests that the dynamics of debt are driven by interest rates, growth and the primary budget surplus – the budget excluding debt costs. The primary budget surplus is said to be politically driven meaning that it depends on political will whether taxes are imposed or whether expenditure cuts are made. Therefore, the primary surplus needed to ensure the debt is stabilised, is not feasible due to political reasons, meaning a debt crisis is imminent. The best option is the restoration of private sector investment to boost economic growth enough to reduce the debt burden. This would mean improving confidence in the economy, policy consistency, affordable borrowing costs, and improvement in doing business reforms for instance. Either way, the looming debt crisis is expected to drive policymaking for the next 5 – 10 years.

Monetary policy reforms are also needed to reduce financial instability as this can have serious fiscal consequences. As elaborated by Nombulelo Gumata from the Wits School of Governance, what the post-2009 developments have shown is that focusing on inflation as a stabilising mechanism may not be sufficient condition for macro-economic stability and robust employment growth that leads to reducing the unemployment rate in a sustained manner. This is evident because price stability and financial stability are not the same as was witnessed by the GFC. What this means for the SARB is there is a need to have a specific financial stability mandate. “We need a different approach to solving the current economic challenges and policy co-ordination lies at the centre of this approach.” Gumata’s suggested approach has been adopted by countries like Malaysia, the Czech Republic and Singapore for example; and since 2009 there have been various changes in many country’s central banks’ laws relating specifically to their financial stability objectives.[1]

The kind of policy coordination required to drive the country out of this mess rests on a capable state. It requires the bureaucratic competencies within the state to be enhanced and proper alignment of policy programmes across different departments and spheres of government. This also necessitates for appropriate policy instruments to be designed for desirable policy outcomes.

The lack of capacity within the state has been laid bare at the State Capture Commission through testimonies of various witnesses. While most testimonies are based on SOEs, the rot and weakness extend to other state institutions. The SAA that Mboweni decided to fund once more is in the current predicament because of incompetence and pure thuggery. The continued funding of SAA and other SOEs, despite their poor performance, is reflective of a public service that has to be perpetually funded while serving South Africans incompetence. This is also reflected by the rising employment numbers in the public service and rising public wage bill while service provision is deteriorating.

While officials ought to be fairly and competitively remunerated, South Africans cannot continue to fund incompetence, year in and year out. It is expected that the proposed wage freeze for the next three years in the MTBPS will set government and labour unions on a collision course. This will be fuelled by the government’s hesitation to honour the 2018 multiyear wage increase agreement among others.  As it is, there are already talks of a union shutdown.

While labour unions are up in arms about their members’ wages, the lack of state capacity persists and this has made the greatly needed reforms elusive. The fiscal consolidation path adopted requires South Africa to achieve more with little. As indicated earlier, while we were already on a downward trajectory before the onset of Covid-19, the pandemic is threatening to plunge the country into a socioeconomic pandemonium.

What is of the essence now is to have a comprehensive policy framework that addresses the separate – yet interconnected – challenges we face. Policies that will engineer the necessary structural reforms. However, policies on their own will not do the trick. We require a capable public service to reignite our journey towards our desired path. This will take extensive political will as it requires the reversal of the decay in our public institutions and the curtailing of patronage and cronyism.