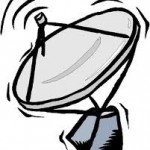 Interest in the BRICS continues to run high. Recently Tutwa Senior Associate Andreas Freytag and I co-authored a joint piece for German Business Association, the Southern Africa Initiative of German Business (SAFRI), on the subject. It is part of a broader review of what the BRICS means for German business interests in Africa south of the Sahara.Key to understanding the German interest in this, is South Africa’s hosting of the BRICS summit in Durban in March 2013. South Africa positioned itself as a bridge between the BRICS and Africa. It was also instrumental in launching the BRICS business forum. The optics of these processes were important, compelling German business, in this case, to take serious notice of the combination of BRICS private sector and state interests in unlocking opportunities on the sub-continent, potentially in competition with German business. Hence Andreas Wenzel proposes in his introductory piece that Germany counter by using its chairmanship of the G8 in 2015 to propose a G8 (perhaps he means G7 since Russia is part of the BRICS) trade agenda for Africa.

Our joint piece explores the geo-economic dynamics behind the formation of the BRICS, then unpacks why the African growth story is both sustainable and attractive to the BRICS states. We also address arguments that the ‘authoritarian impulse’ behind some of the BRICS states domestic polities may not be such a bad thing for longer term African development. We also note that the growing competition for access to the African growth story should be good for African states, provided they can leverage such competition in the interests of their citizens. We pay special attention to the role of South Africa in this process, as the natural gateway for outside business interests – at least for Southern Africa. Overall, we think the renewed interest in Africa has the chance to move African leaderships from passive, ‘development assistance recipients’, to more active agents of their own development through demanding reciprocal benefits from increasing investor engagement.

Other articles explore the individual interests of each BRICS country in the African continent. The final article concludes with a review of the debate over, and processes surrounding, the mooted establishment of the BRICS Development Bank.