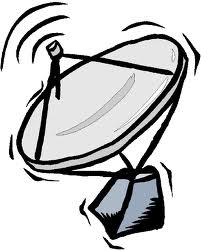 While international attention, for good reasons, remains focused on the Euro area and the unfolding sovereign debt crisis, the trade world remains under stress. In recessionary times politicians, particularly in electoral democracies, reach for the protectionist toolbox. It is no surprise therefore that measured incidences of trade protection have increased sharply. Moreover, these measures are increasingly taking on long-term dimensions,  designed to promote domestic industries over foreign competitors as opposed to simply providing short-term relief.

Nor is it surprising, as Mzukisi Qobo argues in his latest Business Day column, that western economies are primarily responsible for this phenomenon. Rather than focus on accusing ‘state capitalist’ societies such as China, Russia, India and Brazil for the problem of protection, it needs to be recognised that these markets, by and large, are still in the difficult process of embedding market reforms. Their western counterparts, by contrast, are dealing with the ravages of recession and depressed demand.

Under these circumstances retaining the centrality of the WTO on the international trade stage is a pivotal concern. Since its negotiating mechanism, in the form of the Doha round, is stalled, it is not obvious how this could be done. Nonetheless the debate continues. I recently contributed to one such effort, compiled by the Geneva-based ICTSD. My focus is on African regional integration, particularly the much-trumpeted ‘Cape to Cairo’ initiative involving SADC, COMESA, and the EAC, and its relationship to the multilateral trading system. For me the WTO remains the primary reference point for African economies, particularly since I am not optimistic that this grand free trade area will be concluded.

So in this increasingly uncertain world, global leadership is required more than ever, but is in woefully short supply. The G20 could and should be filling the gap, but its record, particularly on trade, is patchy at best. That is largely because each G20 member responds primarily to its domestic political economy imperatives, and secondarily to international ‘public good’ requirements. These issues are briefly explored in a number of G20 countries in an initiative in which I participate, whereby the respective countries leaders’ contribution to G20 summits is viewed through the eyes of national print media. I contribute the South Africa input. Suffice to say that we are not optimistic about the prospects for leadership on the trading system emerging from this source anytime soon.