Ramaphosa’s softly-softly approach could be hard for democracy 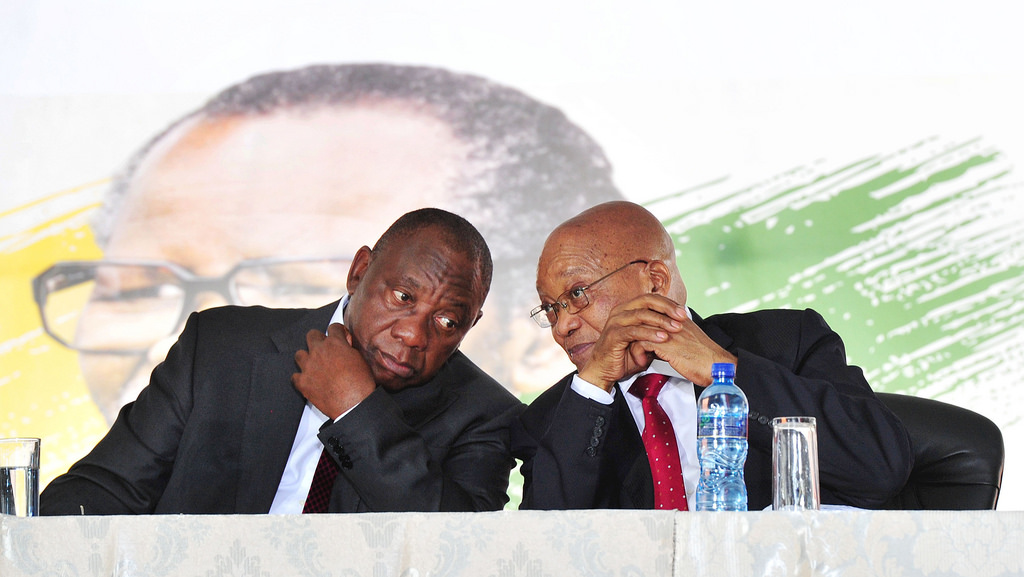 It has been more than a week since the ANC Top Six met President Jacob Zuma to ask him to step down. He defied their request, which was aimed at avoiding a messy transition, and preferred to stick to his guns. The next stage should have been a decision and an ultimatum by the ANC’s National Executive Committee (NEC), which was to receive the top-six report a few days later, if not for an inexplicable intervention by ANC president Cyril Ramaphosa. The ANC president preferred to treat Zuma with kid gloves.

It would seem Ramaphosa’s intervention has emboldened Zuma and made him determined to cling to power: he has made unreasonable demands, bought himself more time in office and arrested the country’s progress. Ramaphosa’s gesture effectively made Zuma an equal partner in determining his exit. Deal-making is transactional and is based on reciprocity. By its nature, it’s a give-and-take affair. It mattered little to Ramaphosa that he was dealing with a president who, since taking office in 2009, has broken his oath of office, dishonoured the government and facilitated the looting of the state by dubious individuals. Some have been at pains to defend Ramaphosa’s gamble as the work of a tactician and skilled negotiator, imploring us to trust him to finish the job successfully.

Let us take a look at the rationalisation of Ramaphosa’s actions. Some who are in favour of this fanciful negotiated settlement contend that managing Zuma’s exit peacefully is the only option Ramaphosa has, given the balance of power in the governing party and the imperative of healing the ANC. Therefore, according to this view, deal-making gives Ramaphosa leverage to bolster his credibility and authority in the party when Zuma has finally been cast out.

This is too simplistic a view. Ramaphosa should not have wasted time mollycoddling Zuma, but should have pushed hard to expedite political reforms in his party and in the government, working closely with ANC members who are serious about change. He should use every opportunity to decisively stamp his imprimatur as a leader and be seen to be acting boldly against corruption, which is epitomised by Zuma’s presidency. Ramaphosa did not need to enter into elaborate exit negotiations with the very same president who has dishonoured the office he occupies. What should have been communicated to Zuma is an instruction for him to resign, failing which formal institutional mechanisms through a parliamentary vote of no confidence would be unleashed.

Ramaphosa’s gamble was predicated on an ill-advised idea that charming Zuma out of office could set a tidy and smooth transition in motion. What is deeply worrying is that Ramaphosa carried out his scheme with an ambiguous mandate. It is not clear on whose behalf he acted, and what the terms of his mandate were. This has given rise to various interpretations of what could be contained in his discussions with Zuma, with strong suggestions that an exit package could include immunity from prosecution and that Zuma would be allowed to keep all the perks of a retired president.

In so doing, Ramaphosa has eroded his own political capital and created a sense of uncertainty about his commitment to independent institutions and virtues of transparency. His initiative with Zuma is akin to petting a dangerous snake or, worse, sealing a pact with the devil.

At the time of writing, the ANC NEC was to meet to consider Zuma’s future, something that should have been done a week ago. The NEC should ask Ramaphosa hard questions about where he obtained his mandate to enter into secret bargains and what were the precise terms of his back-room dealings.

Even if Zuma eventually leaves, as signs would suggest, the means employed do not justify the end at whatever cost. Unprincipled pragmatism cannot be the basis for renewing our politics. Every leader that tackles a major challenge with serious implications for the country’s future should take the nation into their confidence and strive for radical transparency.

We expect leaders to be far-sighted, but not to be unhinged. The last thing South Africa needs after a decade of Zuma’s smothering incompetence and big-man tendencies is a cult leader who presents himself in sheepskin. Ramaphosa should take himself and South Africans seriously. We should be vigilant of the cult of leadership, whatever form it takes. We have been here before.

The Jackie Selebi saga is still fresh in our memories. When calls were mounting for Selebi to be fired as national police commissioner because of his association with the criminal underworld, then-president Thabo Mbeki protected him and assured the country he knew what he was doing. He even charmed the then leader of the DA, Helen Zille. Despite dishonouring his office as police commissioner, Selebi was untouchable during Mbeki’s presidency. Mbeki gave Selebi a long leash, while Vusi Pikoli, an honourable man, was hung out to dry.

We should always question leaders who project themselves as omniscient and omnipotent, even if they claim to be heaven-sent. Otherwise we will be a nation of the gullible. We’ve got to push leaders to be more transparent and accountable, even if they turn out to have been right. The point is that we should take our responsibilities as citizens seriously and redefine power relations between those we elect and ourselves. Their power is borrowed for a moment and they should learn to be accountable for their actions.

The outcome of an exit deal with Zuma may be gratifying in the short term, but this portends a danger of cult leadership in the long run. We need to place faith in our institutions – and if these are not functioning well, we should work hard to fix them.

The lesson from these developments is that politicians have little regard for institutions. They are prepared to do trade-offs that may seem good in the short term, but are terrible in the long run. We need to stay vigilant. There is no doubt that Zuma will eventually go, but on what terms? Ramaphosa will take his position as the country’s president after the parliamentary formalities, but what is his game plan for the future and what is his conception of his role as a leader in relation to institutions and society?

The events of the past week do not show him to be someone who has a full grasp of the country’s institutions. His term of office may turn out to be a tale of pursuing short-term gains, and one fixated on unprincipled, pragmatic deals that serve to sustain unity in the ANC at the expense of the country’s long-term interests. Time will tell.

This article was first published on the Daily Maverick, 13 February 2018.