Reflections on a visit to Tokyo 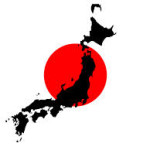 I recently visited Tokyo, to participate in a conference on the future of China and to give a talk on the African growth story. More on those in future posts. For now I wanted to reflect on the arresting geopolitical developments gripping the region, as seen through a Japanese lens, and capped by President Barack Obama’s no-show at the annual APEC heads of state summit as the US government shutdown reached its peak.

Japan has been through very testing times in recent decades. Go back to the late 1980s, and Japanese companies seemingly bestrode the globe, igniting concerns in Washington and European capitals about the ‘Japanese invasion’. Japanese companies were exporting large quantities of cars and electronic goods to western markets, disrupting long-established corporate networks and prompting protectionist backlashes. Brewing from the 1970s, this period saw the introduction of ‘voluntary export restraints’, whereby Japanese companies voluntarily limited their exports to western markets. Then followed G7 pressure on the Japanese government to allow the Yen to appreciate, culminating in the Plaza Accord in 1985. Japanese companies responded by engaging in a major outward investment thrust, first into Southeast Asia to establish regional production networks and diversify export bases, but also directly into the US and European markets in order to avoid trade barriers. The Japanese state underpinned this process with aggressive monetary easing aimed at capping the rise in the yen-dollar exchange rate, thus sustaining the export boom. The process culminated in a massive financial bubble that burst in 1991, and led to two decades of deflation and stagnation.

While Japan experienced its lost decades, its old rival, China, took advantage by opening its markets to western investment, unleashing a manufacturing-led export boom that propelled the economy to unprecedented rates of economic expansion. China soon came to supplant Japan as the west’s bête noire. And Japanese companies relocated en masse into the Chinese market, both to sustain their regional value chains oriented towards continued exports into the US and Europe, but also to take advantage of the booming Chinese market.

Which brings us to current developments. The relatively new LDP government, led by Shinzo Abe, is now attempting a crucial economic policy reform programme, dubbed ‘The Three Arrows’ in english. The first arrow is aggressive monetary easing, and has resulted in, proportionately, substantially more quantitative easing than either the US or the UK has attempted to date.  The second arrow is fiscal expansion, hardly something new in modern Japan but renewed nonetheless. And the third is microeconomic reforms across a broad front, designed to open up sclerotic domestic markets and deal with a host of long term challenges associated with Japan’s now chronic demographic problems. Some economists add a fourth arrow, the Trans Pacific Partnership trade talks involving 11 other Asia-Pacific economies, notably the US. The argument being that pursuing the third arrow purely domestically is almost surely doomed to fail given entrenched domestic opposition; therefore foreign pressure, or what Japanese trade negotiators call ‘gaiatsu’, will be leveraged to open domestic markets.

Most observers of Japanese political economy argue that arrows 1 and 2, already well underway, will succeed on their own terms. But without major movement on arrow 3 the first two will run out of steam, and consequently could come to constitute major structural constraints on Japan’s future progress. If one considers that Japan’s debt to GDP ratio is in the region of 250 percent, versus the sub-Saharan African average of 40 percent of GDP, it is apparent that these experiments are risky indeed. And it is not obvious that the structural reform initiative will succeed. The domestic political economy is daunting, while relying on the TPP is hopeful given its complex political economy. One senior Japanese negotiator confided in me that since the talks are being conducted in secret, the Japanese private sector does not have a clear idea as to their implications, and most likely will resist market openings in a few key areas such as agriculture, in addition to regulatory harmonization towards US standards. Never mind how the talks will play out in other countries!

Meanwhile tensions with China are ratcheting up. The proxy for these battles is the chain of islands known as Senkaku in Japan, and Diayou in China. Regardless of the authenticity of either side’s claims, the reality is that China and Japan are squaring up over them. Behind this, the US is reorganizing its security posture in the region in order to contain China’s rise, a process colloquially known as its ‘pivot to Asia’. Japan, with its structural military power, albeit restrained by its post World War Two constitution, is shaping up to assume the front line in this contest through securing the first line of islands obstructing China’s eastward expansion into the Pacific. The Trans Pacific Partnership trade talks notably exclude China, and not surprisingly in China are perceived as a key economic diplomacy tool deployed to isolate China in the region. Meanwhile the Chinese military buildup continues apace, while the Abe government in Tokyo looks to revise the peacetime constitution to accommodate a more aggressive Japanese military posture.

These tensions were graphically reflected in anti-Japanese riots in China at the outset of the latest round of ratcheting tensions over the disputed islands. Many Japanese companies were targeted and huge damages were inflicted, while the Chinese government stood by. The dominant Japanese view I encountered was that the new Chinese President, Xi Jinping, is much readier than his predecessors to play tough in regional security affairs, partly out of temperament but also to bolster his domestic standing and control over China’s security apparatus.

Japanese people I engaged with in Tokyo regard this episode as a pivotal moment in bilateral relations. At the foreign policy level it has precipitated a more hardline stance in dealings with China; at the business level it has led to wholesale reconsideration of their China strategies. One senior government official put it to me that whereas prior to this episode Japanese multinationals operated a ‘China + 1 ASEAN country’ strategy; now they operate a ‘2 ASEAN countries + China’ strategy. Given the scale of Japanese FDI and corporate capabilities this has substantial implications for China’s economic growth trajectory.

Interesting developments overall, and certainly worth watching more closely for their global implications. But what do they mean for us at the Southern tip of Africa?

The most obvious arena of implications concerns South Africa’s engagement with China in the BRICS forum.  The more the BRICS becomes an anti-G7 grouping, the more likely it is that our relations with Japan will come under strain. The Japanese corporate presence in South Africa is reasonably strong, particularly in sectors the government is keen to promote, notably manufacturing and the automotive industry in particular. So the South African government will have to walk an increasingly thin line to avoid disrupting these economic ties.

Perhaps it could surprise us all by initiating a free trade agreement with Japan – hardly a threatening prospect – in order to cement current ties, and deepen them. But I won’t hold my breath. Rather, those managing our trade policy seem to be deeply sceptical of deepening economic ties with developed countries, in my view at the expense of the domestic economy and job creation in particular. Overall our own domestic political economy is in a rather tenuous state, which sharpens the ideological contestation I am alluding to here. It is not clear how all this will play out.