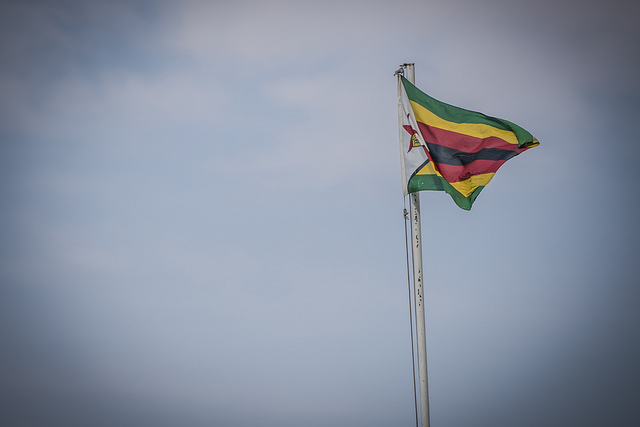 The current dispute between South Africa and Zimbabwe relating to the latter’s import restrictions on groceries and other products such as building materials underlines the importance of a vibrant dispute resolution system in trade relations.

The import restrictions at issue were imposed in terms of Statutory Instrument 164 of 2016 (SI 164) under the auspices of Zimbabwe’s Control of Goods Act. According to the press statement issued by the Zimbabwean Minister of Industry and Commerce on 22 June 2016, the aim of SI 164 is not to “ban” the importation of the goods in question but rather to “regulate” them. Further, “[t]he main purpose of SI 164 is to promote the revival of our local industries” and the support so provided to the relevant local producers is “not to be open ended but time bound and sector specific”. The relevant local industry is supposed to use the protection from imports to “re-tool and bring in new technology and address production inefficiencies”.

The products in the SI 164 can only be imported under license issued by the Minister of Industry and Commerce whose ministry, based on the press statement, “will allow importation of goods which can be produced locally, when local production cannot meet the national demand; in an endeavour to avoid shortages on the local market.” In other words, it seems that importation will be allowed only to prevent shortages, otherwise a virtual import ban has been imposed.

Through SI 164, Zimbabwe seems to be attempting to apply “safeguard measures”, one of the legitimate trade remedies against imports, provided both substantive and procedural provisions for their application are complied with. Zimbabwe is a member of the World Trade Organisation (WTO) and the SADC Trade Protocol and is therefore obliged to observe the relevant provisions of the two regimes in its imposition of any trade restrictions.

The procedure to be followed before the imposition of safeguard measures is more complex than that for other trade remedy instruments such as anti-dumping duties (to counter dumping) and countervailing measures (to counter subsidies). Unlike anti-dumping and countervailing measures, safeguard measures are not meant to counter unfair trade practices but rather to provide succour to the domestic industry where it suffers “serious” injury as a result of legitimate trade.

As such, a safeguard measure is one of the most difficult instruments to use (that is if strict provisions of the WTO are applied). For example, a WTO member state that wishes to impose safeguard measures has to first initiate an investigation to determine that there has been a surge of imports as a result of unforeseen developments and that such increased imports of the subject product(s) is recent, sudden, sharp and significant enough. In addition, there should be a causal link between the serious injury so suffered by the local industry and the surge in the volume of imports arising from the unforeseen developments.

In circumstances where delay could result in injury that would be difficult to repair, a WTO member state is allowed to impose provisional safeguard measures (which should not exceed 200 days) while investigations are still underway provided a preliminary finding is made that there is clear evidence that increased imports have caused or are threatening to cause serious injury. However, such provisional measures can only take the form of tariff increases which should be refunded if the final investigation does not determine that increased imports have caused or threatened to cause serious injury to the domestic industry.

Article 20 and Article 20 BIS of the SADC Trade Protocol contains provisions similar to those contained in the WTO Agreement on Safeguards regarding the procedure to be followed before safeguards could be imposed and on provisional safeguard measures.

Should Zimbabwe’s action be regarded as safeguard action, that is, provisional safeguard measures, a violation of both the WTO Agreement on Safeguards and of Articles 20 and 20 BIS of the SADC Trade Protocol is apparent. For instance, the measure imposed should only be a tariff increase pending an investigation and not a ban requiring a license which can only be issued to prevent shortages in the local market where domestic production cannot satisfy demand.

Interestingly, SI 164 as well as the subsequent press statement by the Minister of Industry and Commerce do not make any reference to any enabling provisions of the SADC Trade Protocol or WTO provisions, as if Zimbabwe is not bound by its trade liberalization commitments regionally and internationally – only domestic legislation is mentioned. While the SADC Trade Protocol provides a mechanism, Annex VI, to be followed in the event of a dispute, to date no trade dispute has been considered under this system.

At present, considering the fact that Annex VI has never been implemented and the SADC Tribunal was disbanded (while a new system is being devised), there is virtually no rules-based dispute settlement system in SADC. The only available forum is the WTO since both South Africa and Zimbabwe are members thereof. However, the general “culture” in Southern African trade communities is to avoid hauling each other before a dispute settlement body in preference of “diplomatic” solutions. This is the path that South Africa seems to be taking and has reportedly given Zimbabwe three weeks to lift the restrictions to South African imports.

The calculation, if any, from Zimbabwe’s side is perhaps that SADC lacks capacity to enforce its trade liberalisation provisions and that South Africa is unlikely to invoke the WTO dispute settlement system to deal with this matter.

Where due process is not followed and in the absence of an effective rules-based dispute settlement system, a trade dispute such as the one sparked by SI 164 between South Africa and Zimbabwe could easily raise political temperatures and potentially become something much bigger and uglier.

Should Zimbabwe refuse to relent, it’s unclear what South Africa will do. However, to avoid further escalation of the dispute into unhelpful political wrangling, South Africa should perhaps take the high road by referring the matter to the only rules-based system available under the circumstances – the WTO.