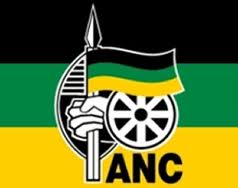 Mzukisi Qobo continues to explore the leadership theme in his regular Business Day column. Rather than just focus on the Zuma Administration, he has taken a critical look at former President Mbeki’s legacy. More recently he reflected on the news that Human Settlements Minister and perennial contender, Tokyo Sexwale, may throw his hat into the Mangaung ring.

Regarding Mbeki’s legacy Qobo argues that whilst he successfully positioned South Africa on the global stage, and established a clear, conservative macroeconomic framework which brought stability to the economy, he nonetheless failed to deliver crucial microeconomic reforms. In fact the microeconomic reform front has deteriorated since Zuma took charge, not least on the trade and investment fronts as the influence of COSATU and protection-minded business groups grows. Government’s massive infrastructure build programme, upon which many hopes are pinned, is not likely to overcome this failure to reform and make the country more competitive.

As for Sexwale Qobo reminds readers that the businessman politician is not always a national saviour; rather there have been some recent examples of such businessmen capturing the state for their own purposes. He draws two comparisons: to Italy’s Silvio Berlusconi, who systematically manipulated the country through his control of the media and alleged mafia contacts; and Thaksin Shinawatra of Thailand who was unceremoniously removed from power after practicing a brand of deeply divisive populist politics. Furthermore, Qobo reminds readers that whoever takes charge in a post-Zuma environment will be hostage to the internal ANC/tripartite alliance factional dynamics. Therefore we should not pin our hopes too high, since this dynamic is not particularly healthy right now.