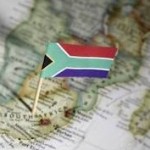 For some years now South Africa’s trade agenda has focused overwhelmingly on regional negotiations, and very partial preferential trade deals with Mercosur and India. At the heart of this cautious agenda lies an industrial policy predicated on preserving manufacturing jobs, particularly in sensitive, labour-intensive industries; creating jobs in new industries, particularly clean energy; and building technological capabilities through moving up the value chain in selected manufacturing sectors. In this framework our regional hinterland represents export opportunities while not posing substantial competitive threats. But pretty much every country in the world with substantial manufacturing capacity stirs defensive concerns.

Against this backdrop I was invited to present a perspective on South Africa’s trade relations with developed countries to Parliament’s portfolio committee on trade and industry. I focused on two key structural features of the international political economy, centered on developed countries, that will shape our international trade strategy into the foreseeable future: global value chains (GVCs) operated by multinational corporations (MNCs) predominantly headquartered in the developed world; and the phenomenon of ‘mega-regional’ trade agreements being pursued by those MNCs’ home governments.

I have written about the GVC phenomenon previously. That China, Southeast Asia, Mexico, Vietnam, and other countries owe much of their recent growth and export success to attracting export-oriented MNCs to invest in their economies is well-known and, at least in my view, incontrovertible. What is more interesting is the policy packages they pursued, or are pursuing, in order to attract those MNCs to invest in their economies. This issue formed the core focus of a World Economic Forum report on GVCs and trade policy, which I coordinated in 2011/12. While the policy mix varies from case to case, all involved major trade and investment liberalization from positions of relative protection. To be sure some, notably China, still retain policy controls over certain economic sectors or policy issues, such as technology transfer and ownership. But those countries tend to have big domestic markets and, hence, major negotiating power. MNCs need to be there as part of their global strategies. South Africa does not enjoy that luxury.

Clearly South Africa is not alone in pursuing a more inward-looking approach to trade strategy; one need only look at the escalation in trade disputes globally, both bilaterally and lodged with the WTO. But our domestic social situation, particularly high youth unemployment that remains stubbornly entrenched, and the ideological inclinations of key players in our trade debate, aggravate defensive mindsets.

On the latter front some of the reactions to my presentation in Parliament reflected an underlying anti-MNC, anti-west, pro-protection perspective. For example, one MP argued that, because MNCs are only concerned with profit maximisation, we should reject their involvement in our economy. I wondered to myself whether this MP would call next for the overthrow of the capitalist system. Another concurred with his colleague, arguing that MNCs are agents of their home governments. Clearly the Edward Snowden saga lends credence to this claim, but I wondered what our neighbours might think of our companies investing in their economies should this position be taken to its logical conclusion. The dti representative argued that the GVC ‘narrative’ is essentially a western confidence trick designed to hoodwink unsuspecting developing countries into dropping their trade and investment barriers in a replay of the discredited ‘Washington Consensus’.

By contrast it is by now an established fact that South African exports to developed countries comprise significantly more value-added products than those to emerging markets, particularly the BRICs, although not to Africa. This is demonstrated in recent research by Professor Neil Rankin, conducted for SAIIA. And it showed up in the numbers presented by Trade and Industrial Policy Strategies to the committee. Yet no-one picked up on this point.

Furthermore, I observed that South Africa’s rapid industrialization phase lies in the distant past, in the 1960s, and that with this in mind massive job creation on the scale we need is not going to come from the manufacturing sector, so that we need to pay far more attention to services. In response the dti representative averred that our economy is ‘too tilted towards services’; the committee chair supported this position by arguing that policy needs to promote ‘re-industrialization’ of the South African economy.

The road to this outcome, it seems, is paved with import protection.

Meanwhile the developed world is forging ahead with their ‘mega-regional’ projects, specifically the transatlantic trade and investment partnership and the trans-Pacific partnership, with the United States at the centre of both. If successful, these agreements will present those outside the arrangements with an entirely different trade and investment reality. Most immediately there could be significant trade and investment diversion away from certain emerging markets, particularly those deemed by MNC investors as not investor friendly. In the medium term the mega-regionals could promote a ratcheting up of trade standards across a broad front. And in the longer-term they could have significant geopolitical consequences should the likes of the BRICs be excluded. On the other hand some of those BRICs may opt to join these arrangements, thus isolating South Africa on the international trade relations stage.

I left the committee session with the overwhelming feeling that South African trade policy is like the proverbial deer caught in the headlights; trapped in a logic from which there is no apparent end in sight while the rest of the world moves on. Such are the dynamics that intractable domestic political economy conditions engender.