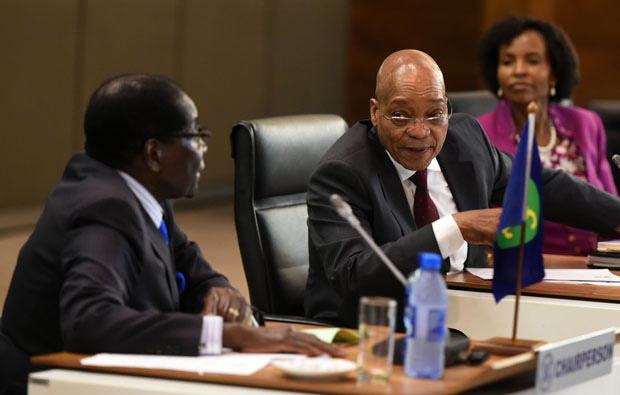 Foreign policy thinking in the African National Congress (ANC) has reached new heights of confusion. There is one glaring thrust in the ANC’s discussion document on international relations: the party is redefining SA as a client state to serve Chinese and Russian interests. Significant space is devoted to extolling these two countries.

There is also a simplistic, if not naive, logic that runs through the document: the world is divided between the forces of evil, represented by the US, and the forces of good, represented by China and Russia. The ANC asserts that the US engineered a coup in Ukraine, and is plotting another Tiananmen Square revolt against the leadership of the Communist Party of China. It further accuses the US of having declared Cold War on Russia and of destabilising Venezuela.

In the ANC’s view, popular discontent that emerges in these countries is not an expression of a democratic impulse from disaffected groups acting independently, but an outcome of the machinations of the US.

This muddled thinking is revealing of the ANC’s predisposition to label opposition groups and independent voices in SA as acting on behalf of the West. Accordingly, the party is being socialised into the dominant political culture in Russia and China.

In casting the world in terms of good and evil, the ANC fails to grasp that every major power seeks primarily to secure its national interests. These countries — the US, China and Russia — are also in the habit of playing big power games, which is an inherent part of an international system with no clearly designated leader. They also share a certain affinity as permanent members of the United Nations Security Council.

It is not wise for the governing party to blindly take ideological sides on geopolitical matters that do not directly affect the country. SA needs to maximise the diplomatic and commercial opportunities presented by this multipolar world. Much of our diversified exports are destined for Western markets, with the bulk of foreign direct investment still flowing from the West.

Another factor the ANC misses in its genuflection to China and Russia is that the most intricate relationship China has with any country is with the US. This relationship is marked by mutual respect and healthy rivalry. It is anchored on a multidimensional strategic and economic dialogue. These countries balance their rivalry with a commitment to find common interest for their economies and to anchor global stability.

Hallucinating about the Cold War, the ANC deploys the sterile rhetoric of imperialism and the bogeyman of the West as substitute for serious thinking. It misses an opportunity to define in precise terms SA’s place in a changing global order, and how to best extract opportunities across a range of partners.

Zimbabwe has learnt the hard way. It is re-calibrating its ‘Look East’ policy and, with the prodding of Beijing, pleading with the West to re-engage. Zimbabwe’s interests have not been well served by dogma. SA, like Zimbabwe, may take another eight years to learn the lesson.

The ANC’s conceptual weaknesses on foreign policy are mirrored in the absence of strategic thinking in the government’s diplomacy department. Three years on, the Department of International Relations and Co-operation is yet to fully implement the recommendations of the National Planning Commission, which characterised SA’s foreign policy as having lost its moral stature and suffering from institutional weaknesses.

The ANC leadership needs modern tools of analysis. A more refined understanding of geopolitical shifts, with greater awareness of the country’s national interests, is desperately needed.