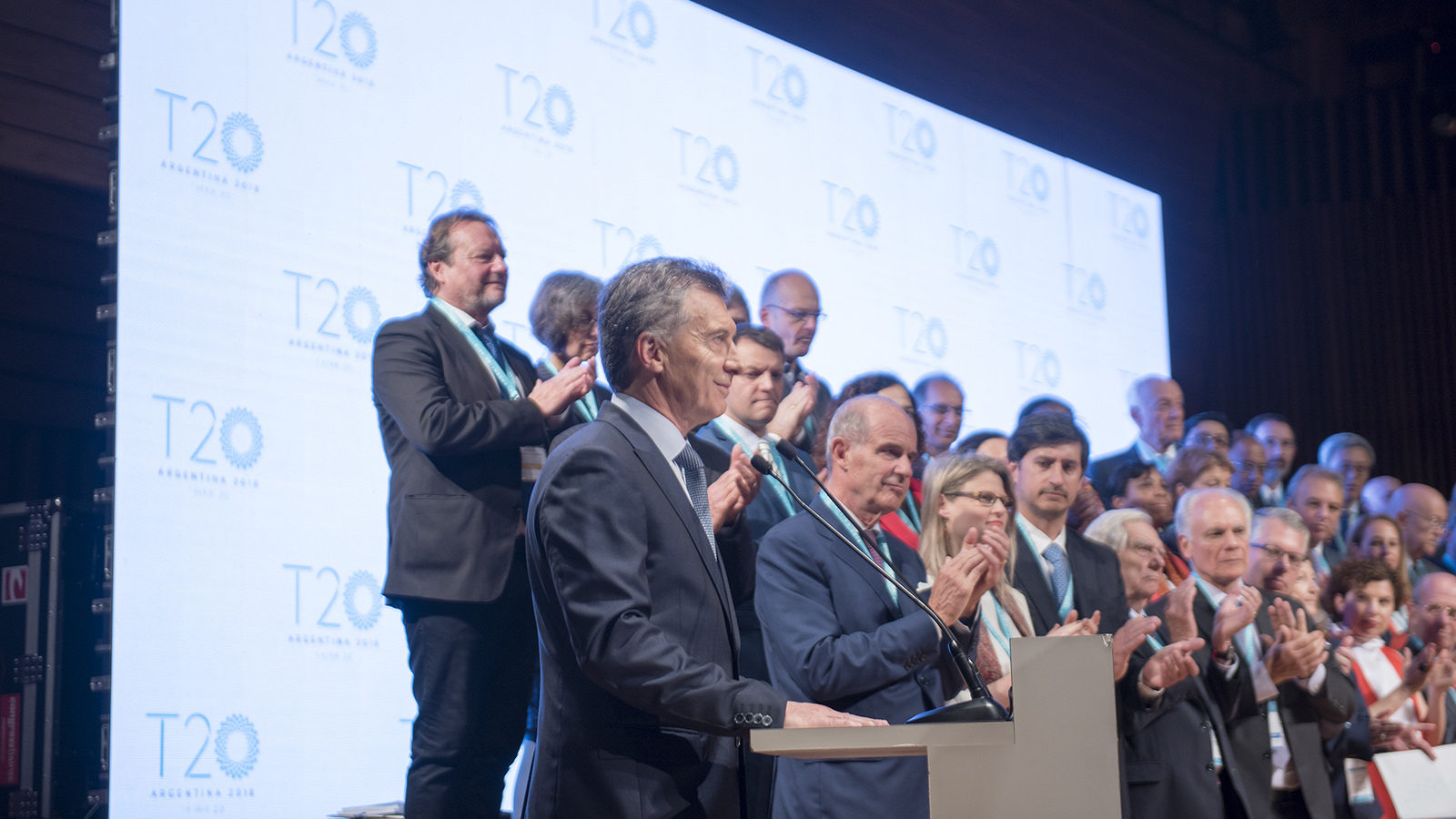 International Economic Cooperation in Troubled Times: A Call for Strong Action by the G20

The leaders of the G20 will meet on 30 November and 1 December in Buenos Aires for their annual summit. They need to acknowledge that the last two years have been characterized by strong headwinds for the world economy. This time, however, it is not a mixture of poor macroeconomic policies and bad business decisions – as in 2008 when they met in Washington for their first summit – that endangers the well-being of billions of citizens around the globe. This time the threat stems from deliberate political decisions, in particular on trade.

The danger emerges from an unholy trinity of insufficiencies in the trade book to address persistent trade distorting practices in major players, primarily with respect to a revival of mercantilist ideas, populist governments championing economic nationalism and uncompetitive advantages of State Owned Enterprises (SOEs). The climate of cooperation has given way to beggar-thy-neighbor-policies on trade, investment and tax. The G20 trade ministers’ meeting in mid-September in Mar del Plata concluded with a plea to modernize the World Trade Organisation (WTO), however, without providing guidance where this path of reform should lead to. In fact, G20 countries differ substantially with regard to the main deficiencies of the system and in turn solutions for reform. Individual governments know the virtues of the multilateral economic order, praise it if it appears appropriate and at the same time act against this order by pursuing narrow national interests. Whether or not such actions are responses to other countries’ actions, they contribute to an erosion of the multilateral order.

The G20 summit in Buenos Aires presents an eleventh hour opportunity to stop or at least mitigate these destructive forces, by taking strong action in favor of an open and rules-based system multilateral cooperation on trade, investment and tax matters.

Unmistakable evidence demonstrates that G20 members routinely violate their “no protectionism” pledge. The scale of trade affected should concern senior officials: by March 2018 over 80{fdf3cafe0d26d25ff546352608293cec7d1360ce65c0adf923ba6cf47b1798e1} of G20 goods exports competed against trade distortions implemented since November 2008 that were still in force.

Concerns that the current G20 approach does not address the full range of policy intervention that distort 21st century commerce should be addressed by leaders taking two steps: expanding the scope of the G20 protectionist pledge and calling for upgraded monitoring that goes beyond conventional barriers to trade and doubles down on efforts to track new barriers across all sectors of the economy, including the services sector. Rather than engaging in another fruitless debate about what constitutes protectionism, an approach based on the principle of non-discrimination should be pursued that condemns any protectionist policy intervention.

That said, while overwhelming evidence establishes that overall nations gain from trade, there are disruptions through trade that need to be addressed. While many gain from trade, import surges have sometimes undermined the economic viability of whole communities.

Gradualism in trade liberalization combined with preemptive measures to strengthen competitiveness, can help mitigate such trade adjustment costs. Displaced workers are best helped using generally applied safety nets, not those specific to trade, as trade shocks are only a part of the economic uncertainty affecting workers. International coordination is required to support an open and predictable trading system under the World Trade Organization (WTO), as the greatest future source of trade shocks could be protectionism, not trade liberalization.

In addition, there are major challenges for the governance of the digital economy and digital trade. Rule-making processes currently in course, such as those at the WTO, need strengthening. Such attention also needs to effectively address the risks of a widening digital divide in particular in the Global South. The G20 is best placed to provide direction for global governance actions that address the multifaceted relationship between digital technologies and trade, the digital divide, and the incorporation in rule-making and implementation of distributive ledger technologies and artificial intelligence, among other strategic trade related issues. These issues comprise international cooperation, digital connectivity and the need for liberalization and facilitation of trade in goods and services.

The G20 should reaffirm the facilitating role of the WTO in global governance on digitally-enabled trade, and suggest a WTO Facility on Digitally-Enabled Trade as a focal point to initiate information-sharing, cooperation, and coordination among international agencies related to digitally-enabled trade. A strengthening of aid for trade and other forms of technical assistance to low income countries is key to bridge the digital divide.

Cooperation in tax matters is crucial

The world is facing a new round of international tax competition that may result in a ruinous race to the bottom, undermining the fiscal capacity of states to respond to global challenges and to implement the Agenda 2030 for Sustainable Development. G20 leaders must take action to strengthen multilateral and cooperative approaches to taxation, curtail harmful tax competition and protect their own tax base as well as that of developing countries.

Governments use tax expenditures to boost investment, innovation and employment. However, these schemes are largely opaque, costly and often ineffective in reaching their stated goals. In order to improve the performance of these tools, first, G20 governments should increase transparency on tax benefits. G20 members should for example take the lead on this with frequent and comprehensive tax expenditure reports. Second, G20 governments should improve the design of tax incentives with the aim of minimizing the generation of windfall profits and negative spillover effects within and across (in particular, on poorer) countries. Third, G20 governments should phase out tax expenditures that are environmentally harmful, including tax incentives for fossil fuels and other schemes that promote an unsustainable use of natural resources.

It is of paramount importance that the G20 pay attention to the mounting challenges facing the international investment regime, a regime that regulates an activity that is more important than trade in delivering goods and services to foreign markets and integrating these markets.

We realize that a number of these proposals, submitted by the T20 Task Force on Trade, Investment and Tax Cooperation to the G20, require actions that go beyond Argentina’s Presidency. However, they are in line with the desirability that international trade, investment and tax issues constitute a core item on the agenda of the G20. It is up to the G20, which describes itself as the premier forum for international economic cooperation, to take the lead in advancing these reforms.