Implications of a Trump Presidency: Trade, and South Africa

It’s official. Donald Trump will be the next occupant of the White House. Angry whites, and blue collar, voters have responded to his populist messaging. Central to that messaging is the perceived misfortunes of industrial America, in a globalising world. As the Brexit vote showed, and as the rise of populism in Western Europe affirms, the politics of the old industrial west have now shifted decisively in the wake of the global financial crisis.

These are sobering days for the world, and particularly for the fortunes of the global trade and investment system. Why? Consider two pre-elections blogs that set out the key contours of a potential Trump trade agenda, and the powers he will shortly exercise should he seek to deliver fully on his promises.

In the first piece, Deborah Elms dissects the Trump economic plan, in which trade features centrally. At the heart of the Trump ideology is a mercantilist view of the world, in which the US trade deficit is caused by ‘cheating’ trading partners, from which it follows logically that the US, being the most powerful nation on earth, must use trade instruments to correct the perceived imbalances.

On the cards, therefore, are high, across the board import tariff increases targeted at two trade ‘cheaters’: China (45 percent), and Mexico (35 percent). China, Japan, and Germany are also singled out as currency manipulation cheaters, the proposed remedy for which is countervailing import duties on their exports to the US. Canada, and South Korea, are fingered for benefiting unduly from their trade agreements with the US – NAFTA and KORUS respectively – which accordingly must be renegotiated and made more ‘equitable’, or face a US withdrawal from the treaties. Just in case the US’s trade partners in the WTO object to any of this, the US, being the most powerful nation on earth, will also withdraw from that organization should the rest of the world get too uppity. And, obviously, the Trans Pacific Partnership, and the Transatlantic Trade and Investment Partnership, should now officially be considered dead unless by some miracle President Obama can get the former through the looming ‘lame duck’ session of Congress.

RIP US leadership of the global trading system; enter from stage right the spectre of a global trade war, in a worldwide economic context of stagnant growth and major, unresolved, financial system imbalances. This is more than shades of the 1930s.

Would President Trump have the legal authority to implement such policies? Gary Hufbauer argues that he does, and that the full extent of his powers is actually far greater, and potentially far more damaging, than most people realise. President Trump could draw from at least 6 statutes on the US legislative books, one dating back to 1917, without recourse to Congress, and likely with little push back from the US judicial system. Business groups are bound to challenge these trade policies but, if President Trump sticks to them, seemingly to little avail. 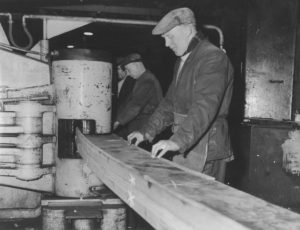 So, if President Trump enacts candidate Trump’s agenda, the entire post World War Two trade and investment institutional architecture would be at risk.

And that is before we consider the potential implications of President Trump’s foreign policy. He clearly has little respect for the cross-party foreign policy consensus built up over many decades since World War Two, and may well seek to unravel it. This sentiment lies behind his repeated statements that US allies, such as Japan and Germany (remember those ‘cheaters’) must pay their ‘fair share’ of maintaining the Western Alliance system, and particularly NATO.

To say that the Japanese are concerned would be an understatement – during my visit to Tokyo in July this year great concerns were expressed about what President Trump might do once in office. Recalibrations must now be in full swing across the Asia-Pacific; a region already circling around a geopolitical knife-edge with the US and China at the centre of its axis of tension.

Indeed, we may be witnessing an event of epochal proportions, signalling an end to the Western Liberal International Economic Order, as we know it. This may please some, such as Russia’s President Vladimir Putin, and perhaps a few of his BRICS counterparts including elements of South Africa’s foreign policy elite, but definitely not all. For those, like myself, that recognise the enormous stability that US leadership of the international system has brought over the past few decades, warts and all, this is indeed a brave new world we are heading into, and the skies are darkening, rapidly.

If you’re looking for hope in this rather bleak picture, you could perhaps take refuge in this sage observation on the US role in the world, widely, but perhaps incorrectly, attributed to Winston Churchill: ‘you can always trust Americans to do the right thing, but only after they’ve exhausted all available alternatives’.

Personally I think that Trump is serious about his agenda. So what does all this mean for South Africa, and our trade relations with the US? 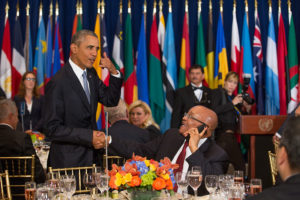 First, should the darkest scenarios unfold, it is highly likely that global trade, investment, and growth will be seriously, and negatively, affected. This would be likely to tip South Africa into economic recession, which would undoubtedly exacerbate our already heated politics, and deepen our social crisis.

Secondly, we would largely be a bystander in the ensuing ‘fight of the elephants’. As the sayings go, when this happens the grass gets trampled, and it is better to stay out of the jungle.

Third, I cannot see us staying out of the fray. Nor should we, where matters of principle concerning international trade governance are at stake. However, given these principled issues, and that on our side of the Atlantic the overt prejudices that President Trump represents will poison the atmosphere, we are likely to be openly critical of the US. That country already regards us somewhat suspiciously in light of the ANC and its alliance partners’ foreign policy pronouncements, and this is likely to feed into a negative spiral of US recalibration of its trade relations with us, and vice-versa.

Fourth, and finally, the future of our bilateral trade relations with the US is already in balance, as the fracas over AGOA renewal last year showed. Negative reinforcement along the lines I anticipate means our exit from AGOA would now be almost certain.

The only way to replace the ensuing loss of tariff preferences would be to negotiate a trade agreement with the US. However, SA is extremely unlikely to want to go that route given its own protectionist inclinations, while the US will also recalibrate its entire approach to trade agreements.

Therefore, the future of the bilateral trading relationship must now be very much in question.

I can only see two silver linings in this otherwise gloomy, and admittedly preliminary, assessment. First, President Trump and his entourage’s protectionist instincts will resonate in SA. Who knows, that may provide some basis for reaching a deal. But that is a big stretch.

Second, perhaps Mr Trump will only serve one term. But right now, who would bet against him pulling another rabbit out of the hat, or of someone more populist than him taking his place?

Fasten your seatbelts; we are in for a most interesting ride. 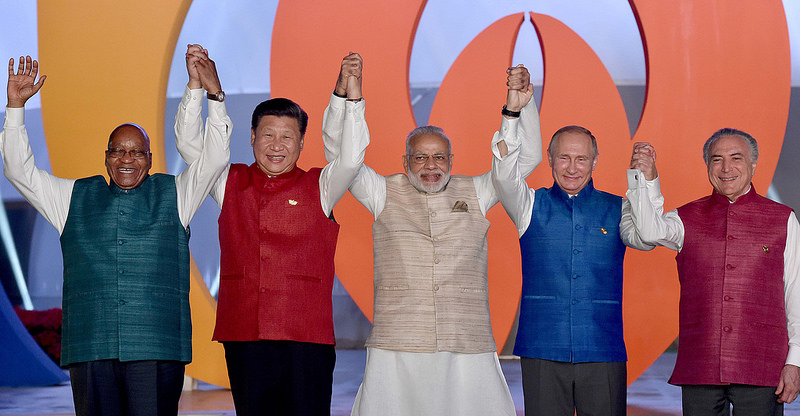