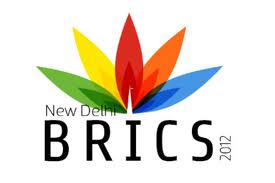 The BRICS primary objective is to shift the centre of gravity in global economic governance. Its regional representation and combined economic weight offer tantalising prospects, which probably outweigh substantial intra-bloc divergences in economic interests. Consider one major issue on the Delhi agenda – the mooted establishment of a BRICS Development Bank.
Following Dominique Strauss Kahn’s ignominious exit from the IMF, the Europeans quickly rallied around Christine Lagarde to preserve the ancièn régime. The US acquiesced in order to maintain its prerogative of anointing the President of the World Bank – with European support. These maneuvers flouted a G20 compromise to select candidates based on merit, thus alienating the BRICS whilst simultaneously exposing their powerlessness. Some consider the forthcoming discussion over the ‘BRICS Development Bank’ in Delhi to be a direct response and challenge to the Bretton Woods institutions.
China reportedly wants the head of the BRICS Bank to be Chinese in perpetuity, and is apparently pushing for the renminbi to be the main settlement currency. China would provide the bulk of financing and the BRICS have already agreed to search for a long-term replacement to the US dollar as the global reserve currency. However, Brazil has the BNDES and therefore no need for such a bank. Russia is happy to poke its finger in the Wests’ eye given the opportunity. India, reportedly the initiator of the concept, has no obvious national interest at play making Delhi’s motivations difficult to discern. Some South African officials are excited since the Bank would apparently invest in infrastructure, and the needs are greatest on the African continent. Others, notably those in charge of the nation’s funds, are less sanguine, wondering what financial contribution the country would have to make.
Finance is one thing, internationalizing the Rmb another. The tensions generated by China’s currency peg to the US dollar will surely feature in any move to use the Rmb as the main settlement currency. However, they are likely to be swept under the Delhi carpet in order to focus on the larger prize – increasing pressure on the G7.
Ironically, the BRICS heads of state could have made a much more powerful gesture of solidarity by supporting a single candidate for the World Bank Presidency. Their failure to do so – to date – proves the point that their cooperation is punctuated by competition.