Towards a Framework of Principles for the G20 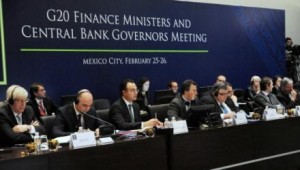 A rapidly changing world needs a navigational system if it is not to founder on the rocks of high finance. The G20 ‘ship’ currently lacks such direction and risks becoming irrelevant at the time of greatest need for it. One option is to establish a common set of principles against which G20 members could orientate their discussions concerning global economic regulation.

The Konrad Adenauer Foundation (KAS) has developed such a framework. This paper critically assesses the KAS framework from the standpoint of the emerging powers, with a view to establishing how it could be adapted to provide the sense of direction so sorely needed. Its standpoint is that such frameworks should be flexible, focused on economic principles, and pragmatically developed in line with G20 member states’ shifting perceptions of their national interest. For this exercise to be useful, the developed countries – the ‘guardians’ of global economic governance – must be prepared to concede real power; while for their part emerging market aspirants have to be ready to accept the responsibilities that come with leadership. If these conditions are not met, an attempt to develop guidelines based on common values will probably fail.