What we need for truly inclusive elections in South Africa 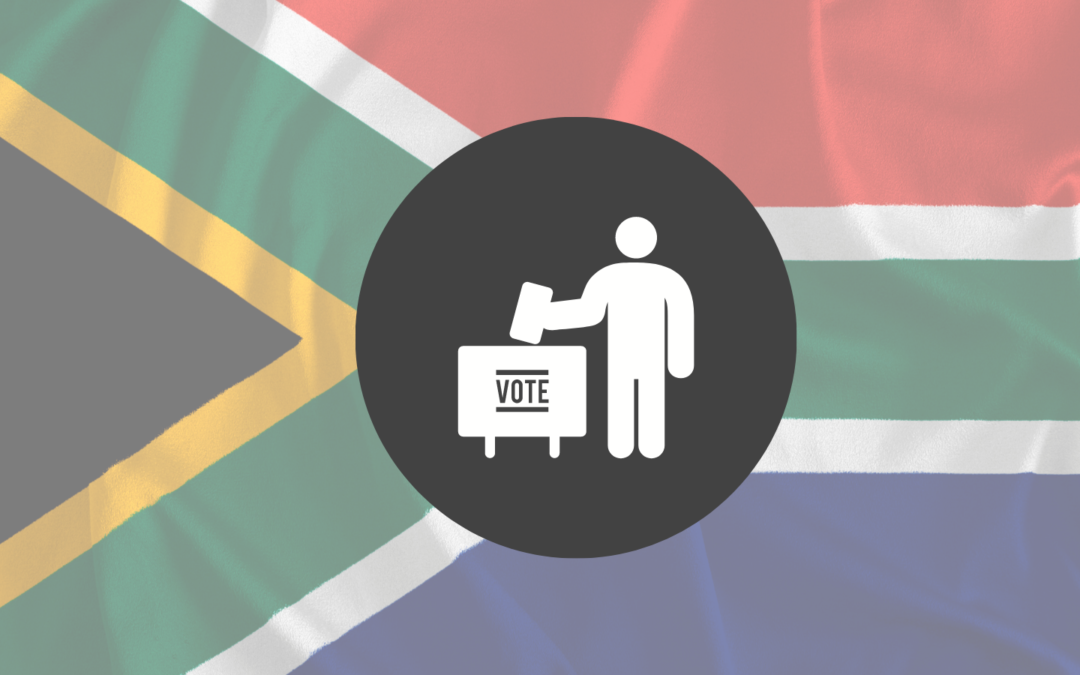 For many, heading out to cast our vote may seem like a standard process with the only concern being who to vote for. For others, there is unsaid complexity that goes unseen by many and perhaps even the organizers of the elections. This begs the question of inclusivity. Are the organizers taking persons living with a disability into account? Before jumping into perspectives on inclusion, I would like to reflect on the experiences of Maymoona Chaugley, who details her various arduous journeys to cast her vote as a  visually impaired citizen.

My reflections on the 2021 elections and earlier experiences –  Maymoona Chaugley

Being completely blind I have never had a voting experience that I can say was confidential. When we hear terms such as “human right, confidential, freedom of choice”, I can say that this local government election (LGE) was my fifth experience where such a ‘right’ was infringed upon.

I have tried different approaches such as asking for assistance from my stepmother and my younger brothers. However, this ended up being a mess because they marked with a tick instead of a cross, which as you can imagine, I was not able to confirm. I even asked an Independent Electoral Commission (IEC) official to assist me in the last election, which was done in the presence of a party official. This experience was far from confidential. Would you believe that before I left that particular booth, the party that I voted for announced my vote to all present, and the other officials even asked my dad who he voted for seeing as his daughter had voted for the named party!

In 2021, I thought things would be better. I do not expect perfection, but I do expect a system that works to reasonably accommodate persons living with a disability to ensure a fair and free voting opportunity. In short, I expected a level of confidentiality. Sadly, my experience over the voting weekend was not a true reflection of what was advertised and campaigned by the parties.

On Saturday 29 October 2021, after registering for a special vote, I was accompanied to the voting station by my uncle and his wife, and when we got there I asked for a braille ballot. The official apologized, telling me that, unfortunately, they did not get the required stationary and that there was no braille ballot. All the official could say was “sorry”. I decided that I was not going to vote.

The presiding officer then announced that he could get the braille ballot by the following day on Sunday.  I explained that I could not come back a second time and should not have had to. The presiding officer agreed to collect me from my house and assist me to vote and take me back home.

The next day, the presiding officer was true to his word and did come to fetch me. However, he explained that the braille ballot did not correspond with the print ballot; and he decided to be creative. He explained to the parties what he would do to accommodate me. The presiding officer took a metal stick and made one small dot next to each party so that I could feel the dot and count to 25 and 46 respectively. He then read all the names on the first ballot and took me to the booth where he allowed me to count them. Before I could make my mark with a cross, he confirmed that I indeed wanted to make my mark where my finger was. We repeated the process for the second ballot and thereafter, he assisted me to place it in the envelopes and walked me to place it in the box. Despite the fact that it worked and allowed me to cast my vote, it was not a confidential process, and I felt my need for dependence galling.

These past local government elections have seen a lower voter turnout and the impact has reverberated across the political spectrum. Of the people who registered to use the special vote like Maymoona Chuglay above, eight out of ten people voted. This is an extraordinary turnout keeping in mind the hurdles faced.

It is now time to take stock not only of the political outcomes, which will have an inevitable economic and social impact, but to look forward to refining the system to ensure the a well-run election process that is inclusive of all South Africans. And that way forward can be reached through the use of technology.

Technology is a divisive subject in an unequal society where access differs widely depending on where in the country one is. South Africa has one of the largest ICT markets on the continent, and a smartphone penetration of 80% with 91% of South African adults with mobile phones. However, the internet is mainly used through smartphones and the internet penetration was estimated at 62% for January 2020.

This was one of the main opposing arguments raised by opponents of the proposal tabled by the IEC to Parliament for an electronic voting system in 2020, a process which was initiated as early as 2009. For this to take effect, the IEC needed to set a process in motion to change three legislations. The proposed amendments under the Bill seek to align three key pieces of electoral legislation, namely the Electoral Commission Act, the Electoral Act and the Local Government: Municipal Electoral Act to allow for an electronic voting system. Amongst the concerns raised was the risk of electoral fraud, hacking and the rigging of election results. There were also concerns raised about the costs of an e-voting system, given South Africa’s current fiscal constraints, as well as the exclusion of communities who may not have access to digital technologies.

Voting technology is advancing and the use of electronic or internet-based technology has been deployed across the globe in developed and developing countries alike. Pakistan, for instance, uses internet-based technology for overseas citizens, and Australia uses it specifically for those with a disability. 17 countries utilise Direct Recording Electronic (DRE) voting machines with and without voter-verified paper audit trail (VVPAT); among these are Bangladesh, France, India and Mexico. A true mixed bag of countries.

What would be the ideal system for South Africa? Certain requirements will have to be in place, particularly the legal infrastructure around elections.

Initially, it would need one singular voting system, which allows for a transition from paper to electronic, so that we can move away from paper over time, taking into account the fact that some voters will only feel comfortable with paper votes. It would also have to be a closed system so that there is minimal tampering with the vote itself. Finally and importantly, it would need to be inclusive and easy to use for people living with disabilities; providing options for voice, typing, and choice through easy scrolling. In such a system, a visually impaired person would review the ballot via speech output through headphones (voice) and use buttons to scroll through the ballot and choose candidates with certain accessibility features.

South African voters deserve a voting system that includes those living with disabilities, and not one that creates a separate stream for them. We must aim for an equal experience, one that facilitates inclusivity, confidentiality and independence for everyone.