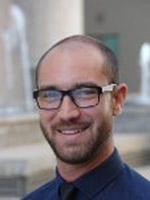 Heinrich undertakes research and analysis on a range of issues with which Tutwa is involved. In recent years, he has been responsible for a section of the 2014 Business Climate Survey on EU Trade and Investment in South Africa; assisted in research on a chapter for an Edward Elgar publication on African services trade negotiations; and co-authored a policy brief on US-Africa relations post the 2014 US-Africa Leaders’ Summit. Since becoming a full-time researcher at Tutwa Consulting he has conducted a comparative study on the EU-EPAs with Africa for COMSEC, worked on a project to develop an Africa-international relations strategy for the Gauteng provincial Government, conducted an economic analysis on Namibia for a project with the UNCTAD, and performed an M&E with MSI for the USAID SATH and the TFA in Southern Africa; among others.

Having graduated with a B Comm in 2010, he went on to complete his honours degree in international Trade in 2011 and a postgraduate Diploma in Management in 2012. In 2014 he was identified as an upstanding alumnus and is currently involved in the North-West University’s postgraduate Buddy programme.