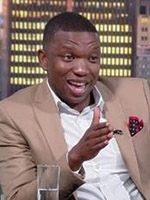 Matlala Setlhalogile is a Political Economist specialising in Political Risk Analysis and Public Policy Analysis. He has been part of policy advisory work for government such as developing the SMME Internationalisation Strategy for the Department of Small Business Development (DSBD), and being a researcher on the work on illicit financial flows (transparency in beneficial ownership) for the Department of Public Service and Administration (DPSA).