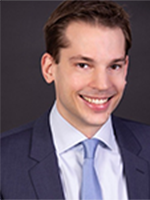 Philipp is a Director of Tutwa Europe and a Senior Economist at the European Centre for International Political Economy (ECIPE), Brussels. He previously worked as a Consultant to the OECD Trade and Agriculture Directorate, specifically on a project analysing trade in services. Since 2014, he has worked as a Consultant of the London School of Economics (LSE) on a variety of projects, including various Trade Sustainability Impact Assessments for the European Commission (DG Trade) and EuropeAid projects on public procurement. Before that, Philipp worked on an impact assessment report on EU-Japan trade relations at DG Trade and on a number of consultancy projects in the field of trade for the International Trade Policy Unit of the LSE.

Philipp received his Ph.D. from the LSE with a specialisation on International Political Economy. He holds a double master’s degree in International Relations from Sciences Po Paris and from the University of St. Gallen. He also studied Japanese Studies at the Kyoto University of Foreign Studies.